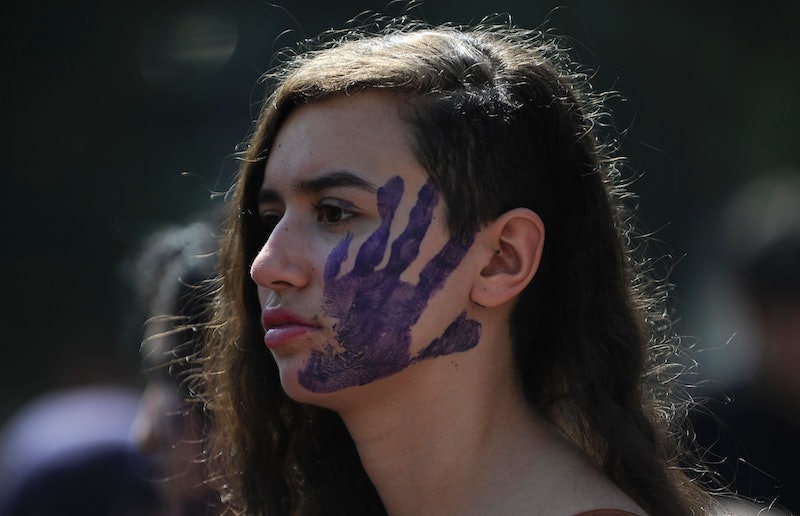 The text of the now-infamous HR 7 bill might be about abortion on the surface, but don't be fooled. HR 7 is actually about controlling women's bodies, and through that, their agency and their sexuality. The way to lower the abortion rate isn't exactly a secret, but Republican lawmakers tend to avoid it. That's because making comprehensive sexual education and reliable birth control methods easily accessible means giving women control over their own bodies and their own sexuality — and that's just a tough pill to swallow for anti-abortion extremists like Mike Pence.

If you look at the stats, you can see it all over the world. Countries that have made abortion safe and legal while at the same time making contraception readily available have seen abortion rates plummet. Take a specific case from the United States — in 2009, Colorado got funding to provide free IUDs and implants to any teen who wanted them. Once they started the program, the teen birth rate dropped 40 percent, and the abortion rate went down as well. The program saved Colorado a lot of money and gave the state's inhabitants more freedom in their lives — all conservative ideals, right? But when state legislators brought the bill up to receive public funding, Republicans in the state legislature blocked it because of the unproven belief that it would "lead girls to be more promiscuous."

This isn't just an isolated case. Republican lawmakers have access to the same science that Democrats have, as well as the statistics and studies offering a comprehensive plan on how to lower the abortion rate as much as possible. But when it comes down to it, the idea that women would actually have control over their own sexuality is just too repulsive to fly. Because that's what an IUD or an implant is, isn't it — freedom. The freedom to make your own reproductive choices, the freedom to have sex without worrying if your actions will result in a child or the very difficult decision of whether to have an abortion or not.

The freedom to have an abortion if you decide that that's what's right for you is, of course, just another side of that coin. HR 7 doesn't touch on contraception, but women likely to be most affected are the ones who might not have access to quality sexual education — which makes it all the more likely that they wouldn't be using birth control. Abortion is often an absolute last resort, and HR 7 is part of the sustained effort to take even that away.

Reproductive rights are an essential part of women's agency, and it's already clear that this administration is going to do everything that it can to take both of those things away. Call your senator and do everything that you can to stop the federal government from taking away women's control over their own bodies.

More like this
'The Capture' Is Finally Back – & S2 Looks Tense AF
By Sophie McEvoy and El Hunt
The Lionesses Are Calling For Equal Access To Football In Schools
By Sophie McEvoy
Gassed Up Promises All Things Action, Risk, & Redemption
By Frances Stewart
Ben & Jerry’s & Tony’s Chocolonely Are Launching 4 Responsible New Flavours
By Sophie McEvoy
Get Even More From Bustle — Sign Up For The Newsletter