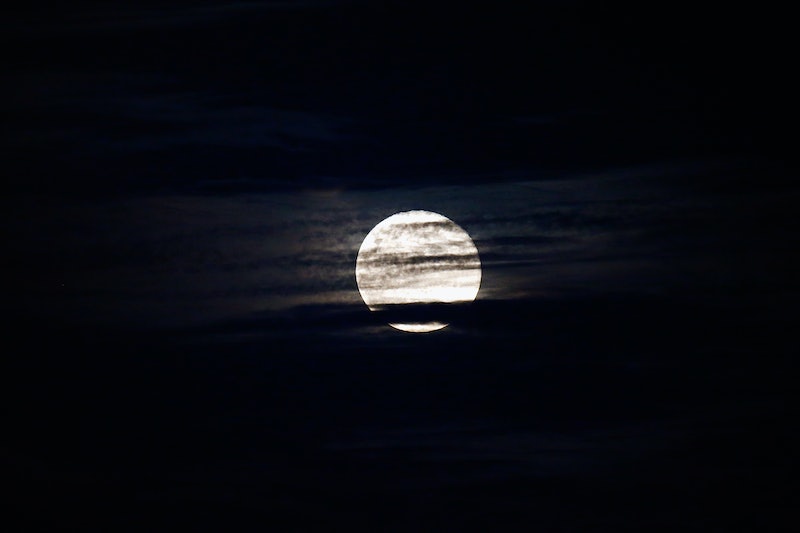 As if 2017 hadn't tested our limits enough already, we still have one more potentially awful day to get through in 2017. Apparently, astrologers are preparing us to expect nothing ~exceptional~ for Thursday, December 21. Not that we were expecting anything spectacular anyways. But this won't be just any other Thursday. So, why is December 21, 2017 the worst day of the year? Turns out, the planets sort of have it out for us this year.

The end of the year is full of energy. There are things we like to let go of. We formulate a list of resolutions to lead us into the new year. There's excitement in slipping into our New Year's Eve outfit and feeling fabulous with a flute of champagne consistently in our grip. And so the last thing we're thinking of when a jolly future ahead is a bad day. But alas, whether it's your hair falling out of place or an excessively delayed morning commute, bad days strike — and according to astrologists, Dec. 21 may be a doozy thanks to Saturn's entrance into Capricorn on Dec. 19, and the Sun's entrance into the same sign on Dec. 21. With Capricorn set to have a rocky end to 2017 — as astrologist extraordinare Susan Miller tweeted earlier this month — the Sun, which rules all of our sun signs, being in that sign means that every sign could be poised to feel some of the unluckiness.

At least it's just 24 hours, though, right? Dec. 21 might not be the luckiest day of the year, but, it's just a series of hours that we can all get through together. Just be cautious, practice as much self-care as you can, and stay positive.

The first thing to recognize about this particular day is that it's the winter solstice. For those of us who are more drawn to palm trees and heat waves, this is reason alone to have a bad day. Winter means harsh weather that requires you to bundle up under layers and layers, and the solstice will mark the first day of it — in addition to being is the day when the Northern hemisphere is at its darkest, and receives the least amount of sunlight in the year. The good news here is that once we've hit our peak shortest day of the year, we get closer and closer to the long, sunlit days of Summer.

Dec. 21 is literally described as "Late dawn. Early sunset. Short day. Long night." by EarthSky.org. So, if you're not a night owl, this could stir up confusing feelings. Like, why does it feel like I should have been sleeping for three hours already but it's not even dinner time yet? All this darkness and lack of a dawn can have the general vibes to be less than energetic as usual. Some astrologists suspect the lot of us to be feeling, "limited and constrained" but urge us to "not use this as an excuse for not doing your best. Do not put limits and burdens on others. Guard against depression. You can accomplish quite a lot if you stay focused." That's as inspiring as a half time motivational speech. Even if all the darkness has you inching towards the safe cushion of your bed's plush duvet, resist. It's just a day and pushing through can raise your spirits.

Even if you're getting hardly any daylight at all — Anchorage, Alaska will see a sun rise at 10:14am and set at 3:41pm — keep an eye on the horizon. As Annie sang, the sun will come out tomorrow. And the day after that. And will stay for a little bit longer, if only just a minute. Hey, on Dec. 22 in Anchorage, Alaska, the sun will rise once again at 10:14 a.m. but set at 3:42 p.m. Whether you're celebrating the solstice or dreading the darkness, we're all getting a little closer to summer's return — and that's something to celebrate, even if Dec. 21 happens to be a little unlucky.