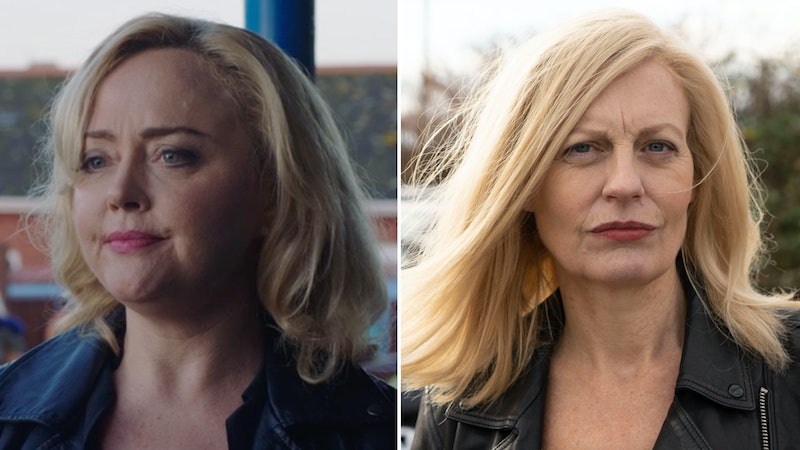 Welsh drama Keeping Faith recently returned for its second series, and I’m so happy to see Eve Myles back and totally owning her role as Faith Howells. But I can’t help but notice that one of the characters has changed quite substantially. It seems that in between the first and second series, Gael Reardon has mysteriously swapped actors from Angeline Ball in the first series to Anastasia Hille in the second. It’s a pretty major character to recast (she is the villain after all), so why did Gael Reardon change actors on Keeping Faith?

The switch is pretty substantial, but from what I could find, there doesn’t seem to be much to go on regarding the recasting. I’ve reached out to the BBC to see whether they can provide any reasoning behind this sudden change of actors, but I’ve yet to hear back from them. I’ll keep you posted if I do.

Although, after doing some digging, it seems that Angeline Ball is actually taking time out from acting this year to focus on her music career. Ball initially started her career in the entertainment industry as a musician and has been composing her own songs for over 25 years. “Writing and singing have always been second nature to me […] I’ve come to a stage where I no longer want to keep them to myself,” she explained in an interview with booking agency MN2S earlier this month.

“The songs I’ve created out of life’s experiences are like birds that need to fly now. I’ve had to be disciplined with myself to put my music first before acting and focus solely on that.”

Ball initially found herself in the world of acting after auditioning for the 1991 film The Commitments, and would then go on to feature in Doc Martin, EastEnders, Shameless, and the first series of Keeping Faith. Since starring in The Commitments, Ball has balanced her passions for music and acting simultaneously, but the actor has decided that this year music comes first.

When asked what her plans for 2019, Ball replied: “Getting this music out there and getting on the road.” With that in mind, it’s not surprising that she may not have had the time to portray Reardon for a second time.

But instead of her character mysteriously disappearing, Anastasia Hille is now portraying Reardon instead. You’ll most probably recognise Hille from the BBC series The Missing, and its recent spin-off Baptiste, where she plays Celia Baptiste as the Express reports. She’s also appeared in the likes of Red Dwarf, The Tunnel, Wanderlust, and Cutting It.

While a third series of Keeping Faith has yet to be confirmed, writer Matthew Hall seems very hopeful that it will be renewed, as he briefly mentioned in an interview with BBC Writers Room. But until that is actually confirmed, it remains to be seen whether Hille will “return as Gael Reardon […] or whether the role will be recast again,” as the Express notes.