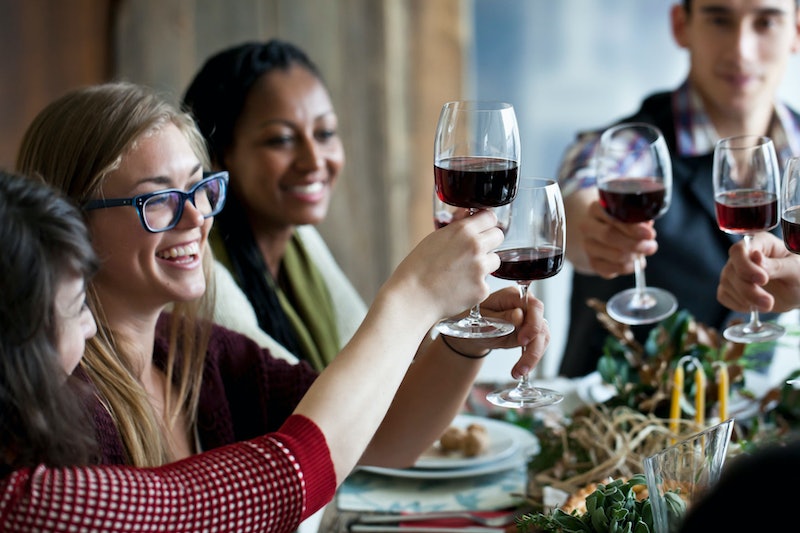 One morning, I woke up to a text message from a friend, asking me to go with her to a concert. When I got the message, pretty early in the day, I immediately fell into a state of dread. Not because I didn't want to go; I actually liked this artist, though I'm not quite as fervent a worshipper as my friend. No, it was because I was on a budget. I wasn't on a “ready to file bankruptcy and default on all of my debts”-level budget. But I was on enough of a budget that paying $25 for the concert would have thrown me off for the rest of the month, especially since my car had recently broken down in a way that required the most esoteric of repair jobs.

But it was a musician I wanted to see, and an experience I wanted to share with my friend. So I was left with a decision — decline so I could preserve my budget and potentially disappoint my friend in the process, or go to the concert, knowing full well that it wasn't the best financial decision, which would sour the occasion in my mind.

This all left me wondering: why does being a good, present, friend often seem to require frequent expenditures of money? Socializing, according to the Bureau of Labor Statistics, is America's second favorite pastime — right after television. Friendships improve our mental and physical wellbeing, and they’re even linked to living longer. They're essential to a healthy, happy life — so why do they so often seem at odds with one's financial health? Are there ways to both maintain your friendships and your budget?

I’m not the first to make this connection. Michelle Smith of personal finance site Money Crashers has described friendships as "expensive subscriptions,” where "It feels like you only get access when you pay your dues. And in the case of friends, dues come in the form of spending money." These dues often take the form of going out for drinks, going out to dinner, catching a film at the cinema, or insert-any-activity-that-requires-money-here. If you live in a big metropolitan area where, as my mom likes to say, even breathing is pricey, these things are much more expensive — which puts many of us who are on a budget in the position of having to decide between maintaining friendships and in some cases, paying our bills. And we have yet to even mention invitations to birthday parties and other significant celebratory milestones that can feel awkward to decline.

The sting of hearing "you won't come anyways" is a sting that hurts even if you weren't going to come, and more so if you wanted to, but couldn't because of finances.

This can get especially tricky because consistency is one of the key ingredients in healthy and functional friendships — and one of the most difficult to manage when you have to watch your budget. Shasta Nelson, author of Frientimacy: How to Deepen Friendships for Lifelong Health and Happiness and founder of Girlfriend Circles, cites three areas required for a healthy and functional friends: consistency, positivity, and vulnerability. Consistency, Nelson told The New York Times, gets eroded if we bail on enough social outings: “When we hear somebody say, ‘I’m too busy,’ we don’t actually know if that is true for just their lives at this time, or if that’s their way of not really valuing us or wanting to spend time with us.” In general, some people may worry that turning down invitations can lead others to think they're a flake, or to stop inviting them to functions all together. The sting of hearing "you won't come anyways" is a sting that hurts even if you weren't going to come, and more so if you wanted to, but couldn't because of finances.

You can choose to disclose your financial situation to your friends, but that doesn’t always alleviate the stress of the situation. The stigma of being, or being perceived as, struggling financially, is one that unfortunately remains prevalent in this country. And it's a stigma that can manifest in a multitude of ways, depending on the specifics of the situation. Look at how photos of Geoffrey Owens, a Cosby Show alum, working at Trader Joe's, appeared on celebrity websites, typically with text that attempted to do some "look how far he's fallen" shaming. And in an essay for Refinery29, Ashley Ford detailed being made fun of by classmates for receiving free lunch at school, who told her “If you’re poor, it means your family doesn’t work hard." Struggling financially is still all too often wrongly seen as a moral failing.

Of course, being on a budget is different from financially struggling to be able to meet your basic needs. There's certainly privilege to even being able to decide whether to go into credit card debt to buy a concert ticket. But even in that privileged situation, there's a taboo to discussing what it feels like, and how you live with it. Being honest with your friends about it can feel like you're risking becoming a burden or feeling ostracized, neither of which is conducive to a healthy relationship.

Sharing your personal financial struggle sometimes can feel like it becomes your friends' struggle, too — either because they’ll be missing out on your company, having to chip in to make sure you can enjoy yourself, or make you feel left out during group outings. Comedian Jaboukie Young-White, while debunking the myth that "eating healthy is cheap," described a scenario of what being broke and going out to eat with your friends looks like in a Twitter thread:

(As someone who's been hangry while people ate around me, I can confirm that all your thoughts in that moment do end in exclamation points.)

In some cases, removing yourself from the situation all together can feel like the easiest option. If I can't afford to go to your birthday party at the chic, trendy, painfully overpriced restaurant you discovered from a Time Out pop-up, so be it! However, there are other work-arounds for being a social person on a budget that I have used in my own life. Nelson suggests putting the emphasis on "being together" as opposed to "trying the newest restaurant or going to the biggest concert or the new plays." Hosting dinner parties is a convenient and intimate way of slashing dinner costs in half, particularly the alcohol portion, and game nights are always fun.

What I'm saying is: there are often other options. And most of the time, good friends will work with you to find those options, because being a present friend goes both ways. There will always be that friend who isn't down for any of that, who insists on going out in order to have a good time, regardless of your situation. This friend is the subscription you may want to consider cancelling — because when it's all said and done, they don't pay your credit card bills. They aren't responsible for your phone bill, or making sure your transit card is topped up. (And if they are, ignore this and hang onto them forever!)

In an ideal world, we wouldn't have to measure our friendships against a balance sheet.

So if you've sat them down and explained that you are too broke to go to that experimental speak-easy where drinks come in a light bulb, and they can't understand your dilemma, then consider cutting them loose, the same way we did cable companies for being equally inflexible and costly.

As Bill Chopik, relationship researcher at Michigan State University, tells Bustle, "[Friends] serve as a stress-reliever. We keep friends around because we enjoy their presence and doing things with them." When the prospect of spending time with them does the opposite — either induces stress or ceases to be pleasurable — it may actually be an indicator that a friendship is reaching the natural end of its lifespan. And ending a friendship when it isn't working for us isn't a bad thing.

In an ideal world, we wouldn't have to measure our friendships against a balance sheet. But let's face it — this isn't an ideal world. So as hard as it may be, it may be worth evaluating the value your friends bring to your life. The ones that truly enrich your life, whatever form that enrichment takes, are the ones you won't mind making the sacrifices for — whether that sacrifice is time, emotional labor, or money. And the ones that don't, well, they'll just need to find new subscribers.

As for myself, I decided to go to the concert in the end, and cover the costs with my credit card. My reasoning for this, I like to think, wasn't to indulge myself in an act of recklessness that I'll look back upon ruefully. Instead, it was an opportunity to build a stronger bond with my friend. An investment, if you will. Consider Nelson's other two metrics for measuring healthy friends: positivity and vulnerability. With this friend, I am able to have positive experiences as well as be vulnerable. And in being vulnerable, my friend understands my financial situation at the moment, has been more than understanding of the times I've wanted to stay home, and is often the one suggesting money-free things for us to do. And I wanted to do my small piece in cultivating our relationship the way she has in countless ways big and small. Because relationships like that are truly priceless.