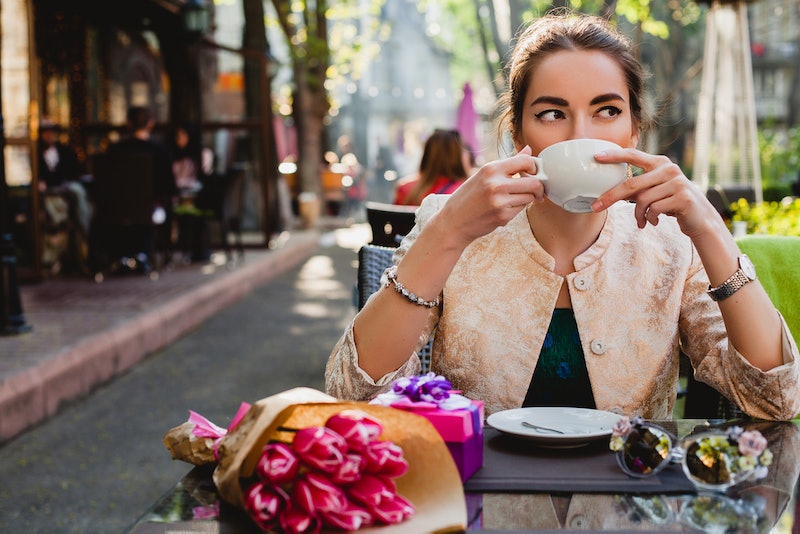 Each year as winter comes to a close, it feels like it was hard to remember when the weather wasn't cold, gray, dark, and damp. But each year, the season ends and spring begins, bringing more light, color, and a feeling of hopefulness. This year, the Spring Equinox falls on Mar. 20, the same day as March's full moon, and is something we're probably all looking forward to. While the Spring Equinox signifies the official beginning of the new season, it doesn't exactly mean that the weather is going to transform overnight. Still, it's a sign of good things to come, and has other meanings as well. You might hear some people referring to this time as the Vernal Equinox instead of the Spring Equinox, which can definitely get confusing. So why is Spring Equinox called the Vernal Equinox?

Before that question is answered, it's important to know exactly what this time of year means. There are two equinoxes a year (the Autumn Equinox and the Spring Equinox), and they are mark the change in season. An equinox happens when day and night are the same length of time, when the sun is exactly above the planet's equator - the word "equinox" is actually the Latin word for "equal night." When the sun is in that position, it causes the planet's terminator (the dividing line between daytime and nighttime areas) to pass through the planet's north and south poles. This is what allows the planet to experience the exact same amount of sunshine and darkness for one day.

Once the Spring Equinox happens, you'll notice some significant changes: the days will start getting longer, with more sunshine, leading up to the longest day of the year (aka the Summer Solstice, on Jun. 21). Because there are more hours of sun, the days get warmer as well.

You may have noticed that "Spring Equinox" and "Vernal Equinox" are terms that are used interchangeably. That's because they essentially mean the same thing. "Vernal" is a word that means fresh or new, like spring. It comes from the Latin word "vernalis," which is derived from the Latin word for spring, which is "ver." Back in the 16th century, they used the word "vernal" more, and so this time of year was called the "Vernal Equinox." Today, though, we say "spring," so it makes sense that the name of the equinox changed a bit. Still, you can feel free to refer to this equinox as either the Spring Equinox or the Vernal Equinox - they mean the same thing.

If you want to sound really smart and fancy, say Vernal Equinox! If you want to keep it simple, though, just stick with Spring Equinox. It's really up to you.