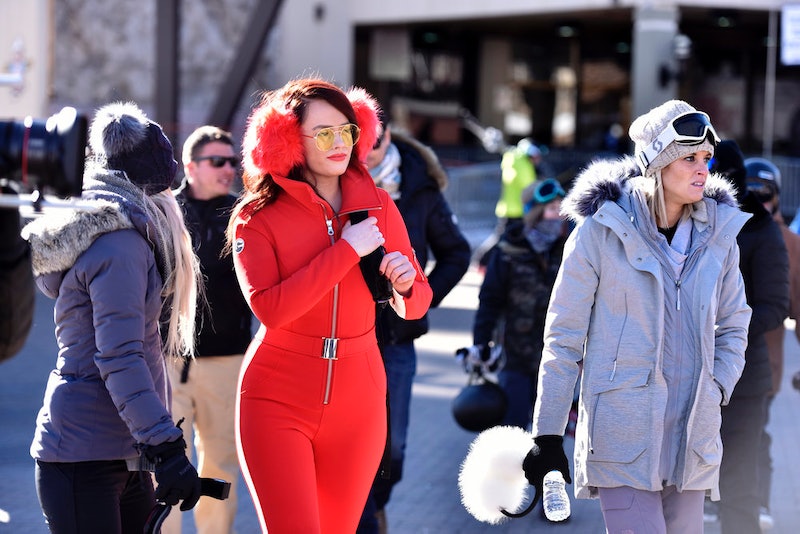 Whitney is hardly the focus of Southern Charm — he’s an executive producer on the Bravo series, so he usually stays out of the fold and just watches from the sidelines — but right now, he’s really stepped into a big drama. Kathryn Dennis started Southern Charm off as the show’s resident wild child, but she’s certainly grown up and proved herself over the years. But a symptom of those growing pains was often being trash talked by Whitney and his mother, despite the fact that they also sometimes reportedly hooked up. Now, this season Kathryn keeps talking about how she and Whitney spent some time together. But Whitney says he and Kathryn never hooked up on Southern Charm.

The tidbit that Kathryn and Whitney had slept together as recently as this summer came to light during a girls’ weekend on Southern Charm; Kathryn told the group, because that’s what women tend to do on these trips. Whitney even reportedly kept his glasses on during the whole thing, so she shared some pretty personal details. But the strange thing is that when word got around to Whitney that their hangout had gone public, he flat-out denied it happened, but said he was “flattered” Kathryn would say that.

Shep said recently on Watch What Happens Live that everyone knows it happened, so what is the point of all this secrecy? To hook up with someone only to have that person turn around and deny that they did not touch you is embarrassing and demeaning, as Craig smartly pointed out, and it’s really hard to know why Whitney would want to do that to Kathryn. They’re friends now. But here are a few theories about why Whitney is trying to stay private.

Whitney Had A Partner At The Time

Maybe Whitney was dating someone at the time he called over Kathryn for a little late-night loving and he doesn’t want this person to know. Deny, deny, deny.

Thomas Ravenel, who is no longer on the show due to sexual assault allegations, has two children with Kathryn, and he and Whitney are friends. Thomas and Whitney had argued over Kathryn in Season 1 because they both had had affairs with Kathryn back then, so maybe Whitney doesn’t want to reopen those old wounds with his old friend.

This is respectable, but also, you’re on a reality show. You’re on a reality show that you help craft, so at some point, you either have to participate in the drama or stay behind the scenes. It’s hard to be an executive producer AND a cast member in this regard, so if Whitney is just trying to keep himself out of the discourse, he should probably reevaluate what he’s doing on Southern Charm in the first place. The checks come just for producing, Whitney.

No matter what Whitney’s reasons for pushing Kathryn away are, he better apologize and he better admit that what he’s doing is incredibly hurtful and stupid. Kathryn is a gem with a lot to offer a partner, and Whitney would be lucky — not to mention, his mother would love it — to have her.