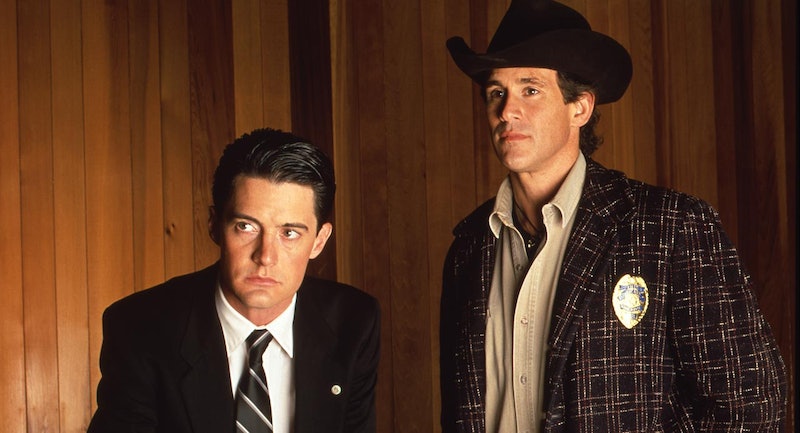 When Dale Cooper arrives in Twin Peaks, Washington, he teams up with local sheriff, Harry S. Truman. But with actor Michael Ontkean’s name missing from the revival cast, it's apparent that Harry won't be investigating with the FBI agent this time around. Why isn’t Michael Onkean in Twin Peaks: The Return?

According to Nerdist, a source close to the actor said, "Michael is fully retired from show business, and has been for many years." After his role on Twin Peaks, Ontkean was featured in a few film and television projects in both the United States and Canada. However, his last role was in the George Clooney film, The Descendants, as Matt (George Clooney)’s cousin Milo. It was a small role without many lines, and after The Descendants in 2011, Ontkean retired from acting.

As a central part of the Twin Peaks universe, Michael Ontkean’s Sheriff Harry S. Truman worked closely with Kyle Maclachan’s FBI Agent Dale Cooper. However, for fans that feel the show will be lacking without Harry, they have little to fear. In an interesting moment of synchronicity, Twin Peaks: The Return has cast Robert Forster as the new local sheriff.

In another odd coincidence, Robert Forster also had a role in The Descendants as George Clooney’s father-in-law. It was a small role, but a bit more memorable than Ontkean’s. Forster was featured in The Descendants trailer when his character punches teenager Sid, played by Nick Krause, in the face.

In an interview with Moviefone, Robert Forster said, "He [David Lynch] wanted to hire me for the original, 25 years ago, for a part, and I was committed to another guy for a pilot that never went. So I didn't do the original Twin Peaks, which would have been a life-changer." Now Forster gets to have his Twin Peaks moment when the revival premieres on Showtime May 21.

In the same Moviefone interview, Forster said, "Well now, first of all, I am under compulsion to not speak about that role. I can now say they've announced the fact that I'm in the picture — and 216 other cast members." The lack of information surrounding the show’s premise and Forster’s place within it have only added to the Twin Peaks’ mystery.

It has been said that David Lynch hasn’t told the cast much about the show itself. According to IndieWire, "The scripts also had many pages blacked out so that actors couldn’t read other scenes." Locations were provided to the actors on the day of shooting, and scripts were hand-delivered to the cast.

So though Harry S. Truman won't be back as Twin Peaks fans know him, a local lawman will still be there to assist Agent Cooper... with whatever this new case may be.