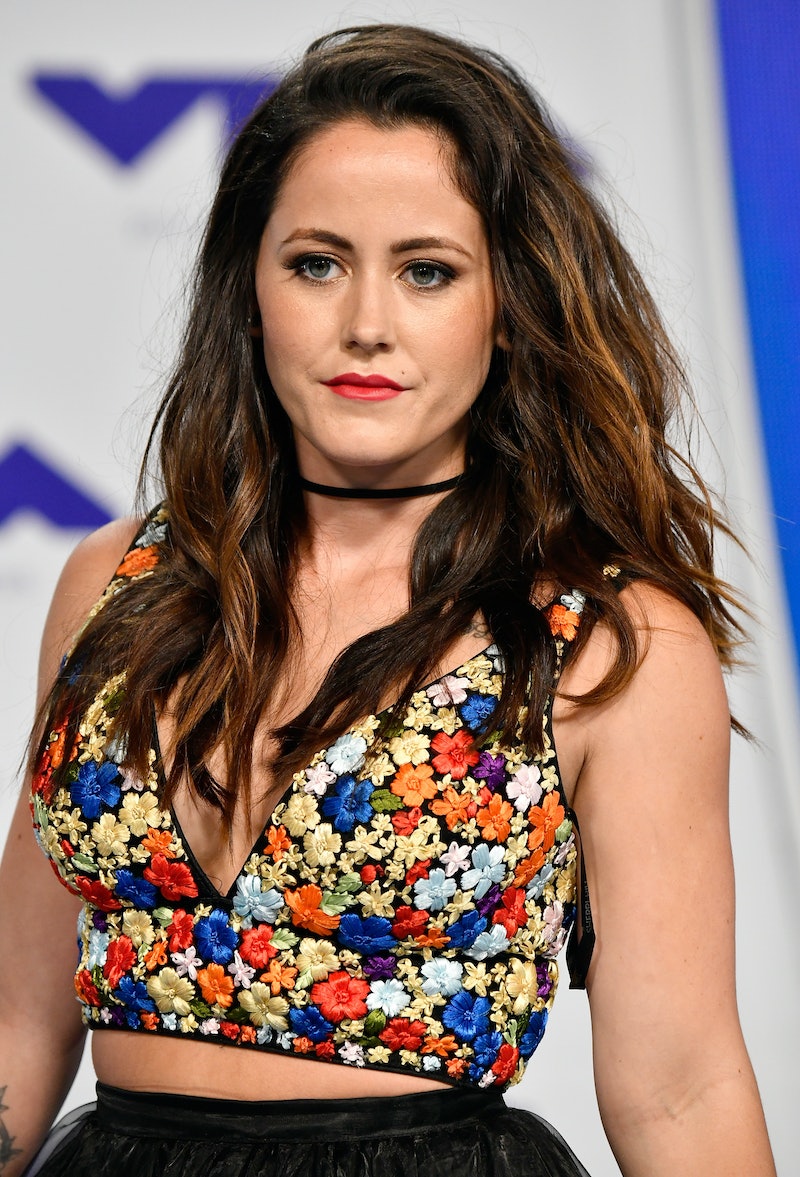 A lot has happened since the last season of Teen Mom 2, and when the show returns on Tuesday, it's going to be very different. After more than eight years, one of the stars fans have watched grow up — Jenelle Evans — won't be on Teen Mom 2 anymore. And those who haven't been keeping up offscreen may wonder why.

To get up to speed, we have to look back to last spring, which is when all the drama started. Although Evans' husband, David Eason, has always been a somewhat polarizing figure on the show, he's been involved in several new controversies over the past year. In 2018, MTV severed ties with Eason after he tweeted a number of homophobic statements, the network confirmed to People in a statement. That meant that last season, Evans had to film by herself — which included doing a lot of traveling that she said put a strain on she and Eason's marriage.

Then last May, things went from bad to worse, and that resulted in Evans losing her own spot on Teen Mom 2. As Eason confirmed to People in a recent interview, he shot and killed he and Evans' dog after it reportedly nipped their daughter, now two-year-old Ensley Jolie.

"It was a situation where my daughter, her health, her safety was in danger," he told the magazine. "This was something that nobody wants to ever have to do. The dog was aggressive. Yes, she might not be huge or whatever, but you know when a dog bites a child on the face more than one time, then it should never be around the child again."

Eason received a lot of backlash online for what he did, but Evans has stood by him. "David has grown up in the country lifestyle — he hunts, he fishes. The way he was raised is really different than a lot of other places ... His father taught him, 'Don't let any animal hurt you' ... and he just thought what he was doing was best," Evans added to People. "He does realize that what he did was wrong. And he does realize that he shouldn't have done it. And he said, 'I'm sorry, I didn't realize how bad it was going to hurt everyone.'"

After news got out about the incident, MTV released a statement to People saying that they had stopped filming with Evans. "MTV ended its relationship with David Eason over a year ago in February 2018 and has not filmed any new episodes of Teen Mom 2 with him since," it read. "Additionally, we have stopped filming with Jenelle Eason as of April 6, 2019 and have no plans to cover her story in the upcoming season."

MTV seems to have remained true to their word, because Evans isn't on the upcoming season; Young & Pregnant star Jade Cline has taken her place instead. But while show won't be the same without Evans, considering it was so hard for her to film without Eason, maybe it all worked out for the best.