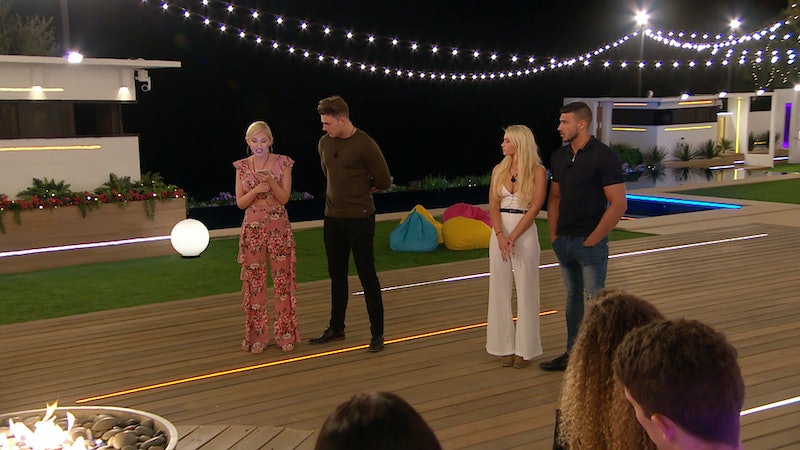 The new 2019 Love Island recruits have been in the villa for less than a week, but the cracking on has commenced and we are all well and truly hooked. The Tommy, Lucie, Joe debacle has been the storyline of the season so far, being meme-ified all over the internet, but it's left very little air time for anyone else (which we all hope will change soon). Irregardless, we're all looking forward to our summers being completely hijacked by Love Island, but one day in particular is looking a little empty. So, why isn't Love Island on on Saturdays?

According to The Sun, the reason why we won't get our Love Island fix on Saturdays is because The Weekly Hotlist will fill the spot. This show will be a "weekly round up" of all the drama in the house, the hook ups, the arguments and everything in between. Just like last year we're thinking that we might see some unseen clips as well.

Last year The Weekly Hotlist was so good that OK! reported that fans thought it was better than the main show because of the unseen clips. Apparently fans even said that Love Island was boring in comparison. Fans took to social media and one wrote, "why is the first 8 mins of the #LoveIsland ‘best bits’ literally better than 50% of the show throughout the week hahaha." Harsh words but if that doesn't get you excited, I don't know what will.

This means that Love Island is giving us not one but two spin off shows: The Weekly Hotlist and Love Island: Aftersun. But even if this isn't enough behind-the-scenes Love Island gossip for you, fear not, because 2017 winner Kem Cetinay and presenter Arielle Free are doing the second series of their podcast Love Island: The Morning After, which Capital FM have reported is available on iTunes, Global Player and Google Play.

I now think Saturdays will come as an involuntary detox from what I think is a pretty incredible source of evening entertainment. Maybe the reason why there's no new Love Island episode on Saturdays is because ITV want us to actually venture out on a Saturday and experience life (god forbid), instead of spending our evenings locked away watching the drama unfold. I would personally prefer the latter. But with the combination of Love Island: The Morning After podcast, The Weekly Hotlist and, Love Island: Aftersun I think that luckily there will be enough content to ease our Love Island withdrawals on Saturdays. Phew. But if I can't cope one day without the show, however will I cope when the season comes to an end.

The first re-coupling of the season has sent shock waves throughout the villa with Tommy choosing to steal Lucie and Curtis choosing to couple up with Amy. The new cast members keep reminding us that "it's early days" and "it is what it is" but I'm just hoping that Casa Amor is still on the cards. With no solid couples in the villa just yet, is anyone safe? I can't wait to see, TBH.