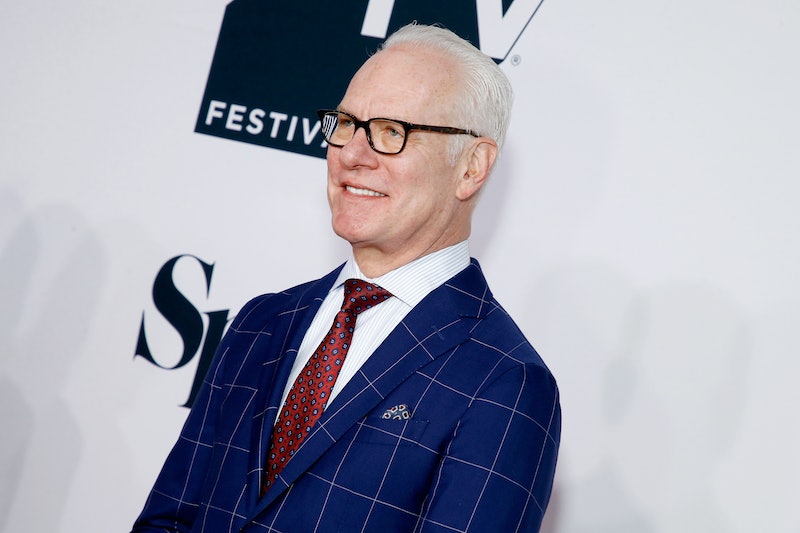 It's the end of an era for Tim Gunn on Project Runway. After 14 years spent telling contestants to "make it work," the longtime mentor isn't returning to the show for Season 17. But don't worry — he's not straying far from the design world.

According to The Hollywood Reporter, Gunn and former Project Runway host Heidi Klum left the show to team up for a fashion competition series at Amazon. News of their departures broke last September, but there's not yet much information about their new project — it doesn't appear to even have a title yet. Klum has posted some casting information on social media, saying that she and Gunn are looking for "the world's most talented fashion designers," hinting that the competition will be open to international candidates, rather than just those in the U.S.

Gunn's comments to Entertainment Tonight make it sound like there's no bad blood between he, Klum, and the Project Runway team — they simply jumped on an opportunity they felt was a better fit amid Project Runway's move back to Bravo. "When [Project Runway] was moving to another network, it was an opportunity to take stock and to ask ourselves, ‘What do we want to do?'" Gunn told the outlet, adding that, "We weren’t looking for another opportunity as much as we were taking stock. Then Amazon quite literally popped up and said, 'Would you two be interested in having a conversation?'"

Gunn also knows that he wasn't able to give fans a proper send-off. "How it happened isn't how I would have wanted it to happen, to be perfectly honest. But they say, 'Time heals everything,'" he said, though he did share some details about the Amazon show — namely, that they themselves aren't yet sure what it will be, but that they want it to be something viewers haven't seen before.

"What exactly will [the new show] be, I'll be absolutely transparent with you, we don't know yet," he continued. "We want this to blow everybody away and say, 'I can't believe the show even exists. This is incredible.'"

But while Gunn will leave huge shoes to fill on Project Runway, luckily, there's someone who will attempt to fill the void. Christian Siriano, former Project Runway champion turned successful celebrity designer, is coming back to take Gunn's reins in Season 11.

Siriano thinks that he'll bring something new to the table, especially given that he's a designer himself, and Gunn wasn't. “What's really great about this season is that, for the first time, the mentor for the designers gets to be a designer,” Siriano said during the show’s TCA panel, according to Vulture. "Tim was never a designer. He never worked in the business. He was a teacher. When the designers have a red-carpet challenge, I can actually give them real feedback because I’d just dressed people at the Golden Globes the week before. I'm giving them real, fashion-industry feedback that can, hopefully, only help them.”

No one can take Tim Gunn's place, but Siriano is a superstar in his own right. And at least we're not losing him for good — we'll all be eager to see how Gunn makes it work over on Amazon.