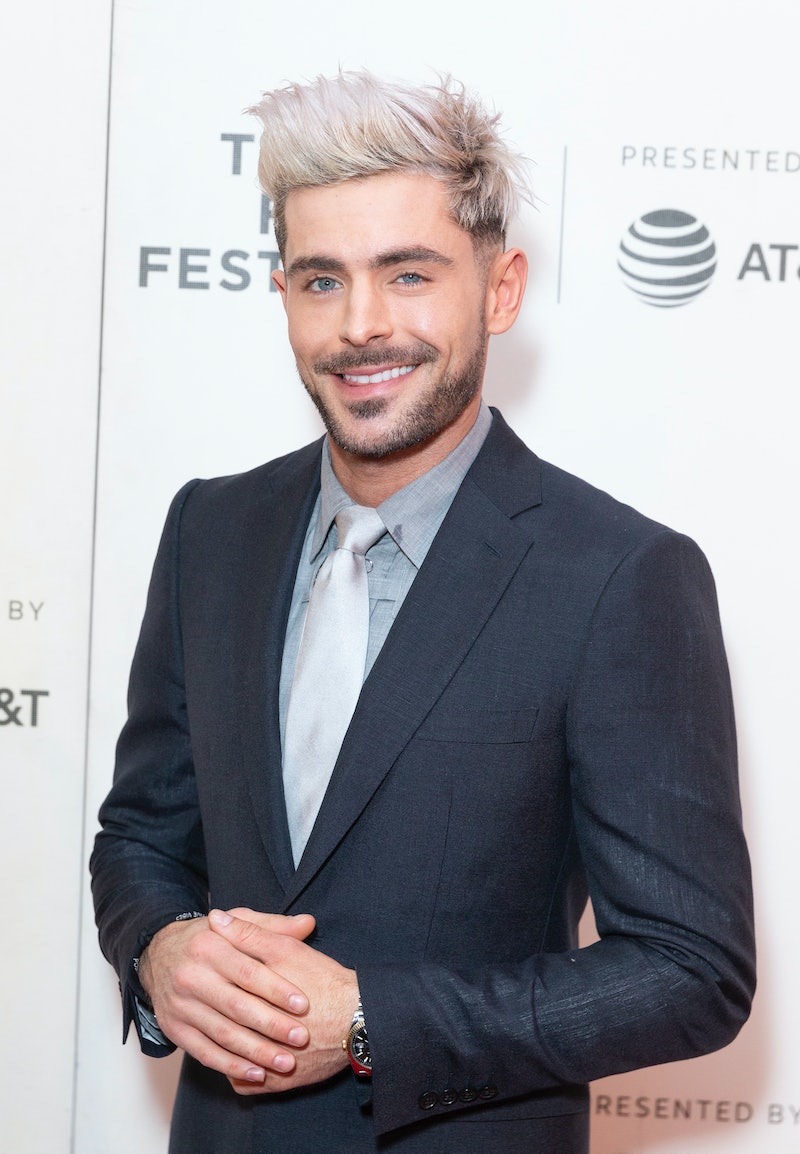 Soon enough the entire High School Musical cast from the 2006 Disney Channel Original Movie will reunite for a good cause. They're coming together for ABC's special Disney Family Singalong airing on Thursday, April 16, but, there's one catch — not everyone will be singing. (Ahem, we're looking at you, Troy Bolton.) As disappointing as it might be, the reason why Zac Efron isn't singing in the Disney Family Singalong is an understandable one.

In typical Hollywood fashion, scheduling got in the way of Efron being able to remotely sing "We're All In This Together" with the rest of his former cast members. Vanessa Hudgens, Ashely Tisdale, Corbin Bleu, Lucas Grabeel, Monique Colemand, and Kaycee Stroh are all set to perform the popular track for the special.

Despite Efron not showcasing his vocals, he will still very much be a part of the event, which will featuring a slew of celebrities singing Disney favorites from their homes. He will deliver a special message for everyone instead. High School Musical's director Kenny Ortega informed Deadline on Monday, April 13, "We couldn’t reach Zac until late but when we did, he immediately jumped in, of course." Ortega also added about the rest of the cast, "Everyone we reached out to was quick — and you’ll see it in their spirit and the way they come together from their homes."

This will be the first time Efron has joined a High School Musical reunion since 2016. For the film's 10-year-anniversary, the rest of the cast gathered in person to celebrate, but Efron only sent a message. It doesn't appear that Efron has purposely avoided reunions. Plus, he's been quite busy making movies since his Troy Bolton days. In March 2014, Efron even said he would absolutely do a High School Musical reunion movie. "We're all thinking about it," he told E! News at the time and later adding that he's remained friends with the cast, "It's so cool because we never forget a single moment of that experience."

Even though Efron won't be singing with the rest of the High School Musical cast, at least he's participating in some way. It's better than nothing.