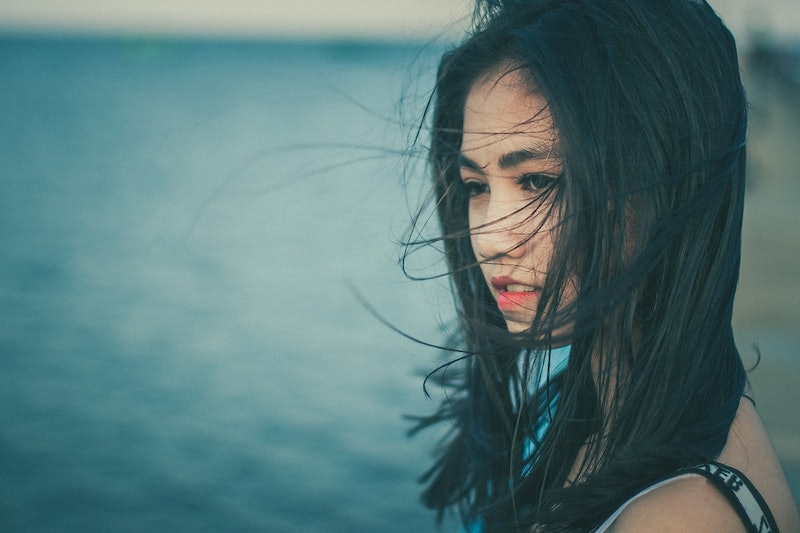 If you're feeling cranky, anxious, and exhausted, it might be because you're not spending enough time alone. According to Psychology Today, new study on rest reveals why it's important to spend time alone to truly rest and reset. Most introverts likely know they need their alone time to recharge in order to be present, and enjoy, group activities. But, extroverts — people who get their energy from being around others — need alone time, too. Psychology Today reported that wellness company, Hubbub, together with BBC radio presenter Claudia Hammond, brought together collaborators from 12 disciplines to design The Rest Test.

"We found that participants who had experienced less rest than most the previous day, or who believed they need more rest than the average individual, scored lower overall on a wellbeing scale," Hubbub noted. "In a marked difference, people who felt they had sufficient rest scored twice as high on wellbeing scales than those who felt themselves in need of more rest."

Defining Rest In A Restless World

Finding the right amount of rest for you can be a tricky balance, and there is a such a thing as too much rest. "Participants with the highest wellbeing scores had rested on average for between five and six hours the previous day," Hubbub noted. "Those who’d rested for longer began to experience a slight dip in their wellbeing score."

Personally, I am a mess if I don't feel rested. In my early 20s I could generally get by on little to no rest. I went to college full time, I had three jobs, two dogs, and I went out most nights I wasn't working. Just thinking about how I was able to do all of these things makes me want to take a nap. These days, if I don't get enough rest, I can be pretty awful to be around, and I generally revert to acting like a crabby two year old.

Of the 18,000 people surveyed from 134 countries, these were the 10 activities identified as being most restful: Reading; being in the natural environment; spending time alone; doing nothing; walking; taking a bath or shower; daydreaming; watching television; and meditating.

And, while all of these activities can be done with other people, adding friends or family to the mix can turn intended relaxation into stress because spending time with family and friends ranked low on the list of potentially relaxing activities, Psychology Today reported.

Some People Lie About How Much Rest They Get

In today's go, go, go world, running on empty is often touted as an accomplishment. Many people feel guilty if they aren't being productive 24/7. And, some people even lie about how much rest they're getting. Surprise! These people are most often men.

"In some circles, there is a kind of status to claiming to be super busy. Maybe some people underestimate the amount of rest they get in order to seem more impressive," Psychology Today Living Single Columnist Bella DePaulo Ph.D. noted.

Next time you feel bad that you operate like an extra from The Walking Dead if you're not well rested, and a friend or co-worker seems to be embodying alleged short-sleeper James Franco, it's possible that your friend is not being truthful. Short-sleepers — people who can regularly get by on four hours of sleep — only make up 1 percent of the population, so the likelihood that they're running circles around you while getting the same amount of rest is pretty low.

How To Reset & Recharge

While sleep and rest are technically not the same things, they can help to reset your nervous system in similar ways. Sleep is kind of like plugging your phone into the charger, and rest is similar to putting the phone on "do not disturb" or "airplane mode" to save the battery.

If you need more rest than someone else, that's OK, too. It doesn't mean that the other person is better or more evolved than you, and it's important to listen to your own individual needs.

The bottom line? Next time you're feeling drained, consider doing one of the aforementioned activities solo to reset and recharge your mind and body. If you're not sure when you need a reboot, ask your friends to let you know when you're devolving into acting like a 2 year old who didn't get their way. As you start to learn to listen to your body it will get easier. I promise.

And, it's OK to ask for help. We're not always aware of our own behavior, especially when we need to hit the reset button.