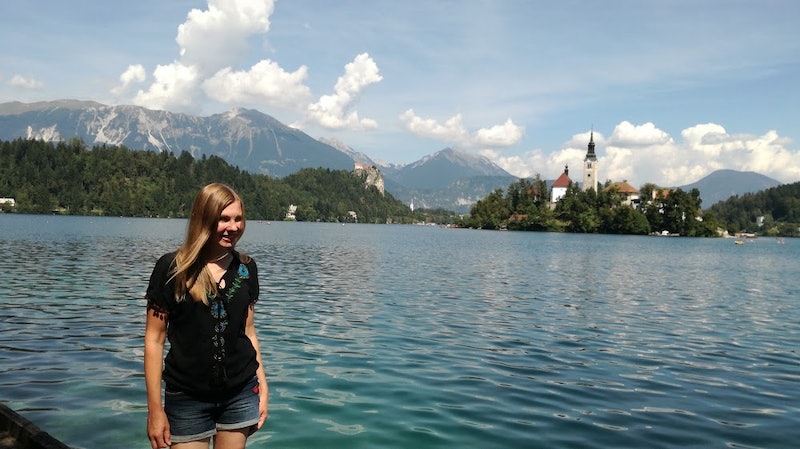 This past January, I went on one of the best first dates of my life. How did I meet him? Not a dating app — I’ve decided to take a break from dating apps for the entire year. Up until recently, online dating was a big part of my life. I’ve been a big fan of apps for years, writing about them, using them myself, and even working for a dating coach as an online dating profile writer (yes, that is a job!). But, at the end of 2018 as I was making goals for the new year, I assessed my dating life and realized that my longest, most meaningful relationships had been with guys I’d met offline, in-person.

So it’s time to try something new. I hope that by taking a year off apps, I can date more intentionally. Instead of sometimes dating people who are fun, yet I see no future with, I want to date someone who is on the same dating page as me, with similar relationship goals. In the past, I’d also ignored red flags at times, when I knew, deep down, you cannot change people or force someone to want what you want. I am now determined to change that.

My goal is to have a fulfilling, sustainable relationship, even though I travel a lot. Until recently, I’d spent 22 months living abroad, switching countries every one-to-three months. Dating is challenging enough, but when you work remotely, are a digital nomad, and don’t have a permanent home, it’s hard to have a permanent relationship. While I did have some short-term relationships with people I've met IRL during my travels, finding a long-term boyfriend is definitely the most challenging aspect of my nomadic lifestyle. I often question if I can have both or need to sacrifice one for the other. But some of my nomadic friends have found success finding something more permanent, which gives me hope.

I used dating apps to supplement — not replace — meeting potential dates in person. I’d also had some great boyfriends that I’d met on apps when I wasn't traveling, too. But since dating apps were involved in my professional life, I got to know the ins and outs of them, probably more so than other daters. I’d spend time analyzing profiles — not just checking out someone’s photos and swiping right, but looking for potential red flags before matching with or messaging them.

Through my writing, relationship experts taught me that it’s important to read every detail of someone’s profile to see if there are any glaring incompatibilities or mismatched dating goals (i.e., are they looking for something casual, or a relationship?). Similarly, when I’d worked for dating coach Evan Marc Katz, I learned the value of not using adjectives in your profile; in my own profile and when I’d assess others’, I’d look for people who stood by telling a story — so instead of saying that they’re “altruistic,” I’d look for sentences like, “I volunteer at the L.A. Food Bank every week.”

Though I thought I knew the warning signs to watch out for, my profile-dissecting wasn’t foolproof. Even some matches who passed inspection were not the same in real life; there’s a difference between marketing yourself online versus in-person. Some dates would stare at at every woman who walked by, or they’d look much different than their outdated photos, or, my personal favorite, they’d talk about all the other online dates they’re going on (one guy even asked me to dissect a text conversation he’d had with one of his other matches!). Overall, I felt that I could use all the time I spent messaging on apps more wisely: Doing activities, offline, that interested me and seeing if I met dating prospects more naturally.

My first experience of going off dating apps was App-less April — an experiment I did for Bustle where I took a month off from dating apps. It illuminated a lot for me, but most notably I learned the value of initial face-to-face communication; focusing on in-person interactions versus being glued to my phone and worrying about which online match wrote me back (or not); it was a nice departure from what I was used to. I was also able to focus more on in-person chemistry with someone versus online messaging chemistry (which often does not match up in real life). It seemed that meeting someone in person, through a friend, meant they were more accountable — it was like getting a real-life letter of recommendation, and the chances of them ghosting were slim-to-none versus app matches who shared no mutual friends with me and could easily go M.I.A. without any repercussions.

Most interestingly, though, App-less April made me less cynical and more hopeful about dating, because meeting someone IRL was a good filtering device, to determine if we’d mesh before we even went on a date together. But, a month off dating apps is one thing. My question now is: Will I be able to do it all year? And will I be able to meet my primary goal — date more intentionally, while still being a nomad, and find something that lasts.