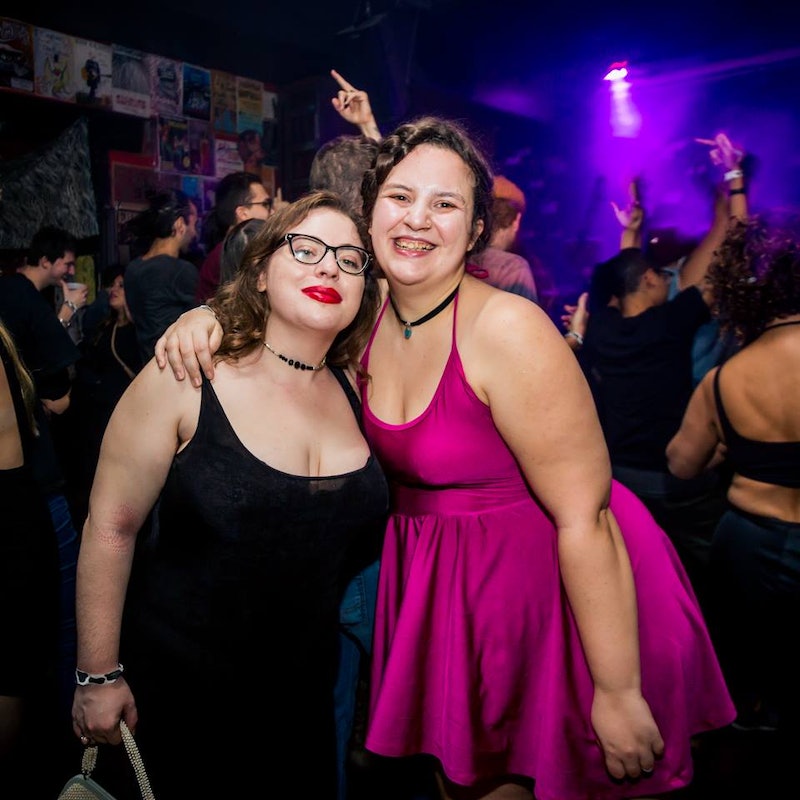 As an Arab-American raised in the liberal Unitarian church with a Muslim name and family, my experiences with Islamophobia have come from surprising places — not only from the ignorant classmates who joked about terrorists, but also from the staunch Israel supporters I met at my UU church. I can't remember the first time I realized that there existed a centuries-deep divide between Muslims and Jews, but it has followed me for my entire life. That's why the growing solidarity between Jews and Muslims since Donald Trump was elected president has been near-revolutionary for me.

The headlines about the potential for Muslim bans and registries that seemed so impossible during the election cycle suddenly became all too real on Nov. 9. In the Southern Poverty Law Center's report on bigoted harassment and vandalism post-election, they revealed that public discrimination and violence rose significantly after the election. Both Muslims and Jews (along with Black people, immigrants, and LGBT people) were targets, and the intimidation ranged from a college dorm that was vandalized with swastikas to letters advocating Muslim genocide received in mosque mailboxes across the country.

With the growing trend of "alt-right" anti-Semitism and the solidified Islamophobia of Trump's campaign rhetoric now seemingly enshrined by his election, fears of what would happen to us all dominated the Facebook chatter of both my Jewish and Muslim friends.

As fears of violence mounted after the election, so too did acts of solidarity. Shortly after the election, the Anti-Defamation League (a Jewish-led anti-bigotry organization) expressed their solidarity with American Muslims, and in Dec., the Boston chapter of Jewish Voice for Peace held a march against Islamophobia. These were particularly striking to me due to my personal experiences within the Arab-Israeli conflict, and with the tensions between Muslims and Jews that it created.

It's not an understatement to say that I began to fear for my my life and the lives of my family after Trump was elected. Unfortunately, that wasn't a new sensation — 10 years prior, we experienced war with Israel while vacationing in Lebanon in what came to be known as the "2006 Lebanon war." While resting in an apartment near the beach, Israeli forces dropped bombs on the nearby marina, starting a weeks-long escape. I spent years in therapy dealing with the trauma that resulted.

I soon discovered that tensions of the Arab-Israeli conflict also existed in Muslim and Jewish diasporas in the U.S. While I was still in Lebanon, my white mother (who was still in the States and is critical of Israel) and my Jewish best friend's dad (who held a very staunch pro-Israel stance) had a falling out over whether Israel was justified in bombing Lebanon despite the reality that it put my life at risk. Both were Democratic-voting, Unitarian Universalist liberals, and the divide between our families hasn't softened much in the decade since.

The tense and divisive nature of the Jewish-Muslim divide among liberals followed me into academia, where I was surprised to find non-Arab criticism of Israel for the first time in my life. Unfortunately, I soon noticed that many of my peers used criticism of Israel to hide their anti-Semitism, making the thought of healing the deep wounds between American Muslims and Jews seem all the more impossible. Beyond personal friendships I took part in and witnessed and the occasional headline about the difficulties of coalition-building, the dream of a joint Muslim-Jewish solidarity seemed like an idealistic fantasy.

"This show of support means the most to me."

In the weeks since Trump issued the immigration ban, however, I've not only seen headlines about Jewish-Muslim solidarity — I've also been the recipient of multiple personal messages of support from Jewish people I know and seen Jewish people express support for Muslims like never before. Headlines about amazing acts of mutual support began to flood my feed, from the synagogue that opened their doors to their Muslim neighbors in Texas after their mosque was burned down to historical articles about Muslims that sheltered Jews during the Holocaust proliferating on Holocaust Remembrance Day.

As our new president doubled down on his attacks against this demonized religious minority, members of the Jewish faith asserted all over the country that "never again," the pledge Jews took after the Holocaust, must apply to all. On Feb. 5, members of the "Kindertransport" group of Jewish children that were whisked away to safety just prior to the Holocaust issued an open letter to President Trump regarding his ban on Syrian refugees. The letter reminds Trump and all Americans of the rejection of Jewish refugees during World War II, and of the dark consequences that resulted.

As more and more legal and popular pressure against Trump's immigration ban mounts, the likelihood of this first massive hurdle in the resistance to Trump's presidency ending one way or another looms ever closer. Despite the reality of more battles to come, Jews continue fighting on behalf of Muslims. There was a Jewish rally for refugees on Sunday in New York, and more and more articles and public pledges of solidarity come out every day. The seeds of this seemingly spontaneous and intentional coalition between Jews and Muslims in the U.S. are now firmly planted, and this show of support means the most to me.

There is no doubt that there will be difficult conversations and examinations of the rift caused by the always-present Arab-Israeli conflict in joint Muslim-Jewish organizing. There are many, many coalitions that must be formed between groups targeted by Trump and his agenda, but for now, I take solace in this surprising and poignant outpouring of solidarity for me and mine from perhaps the only other group to truly understand the dangers that may lie ahead.