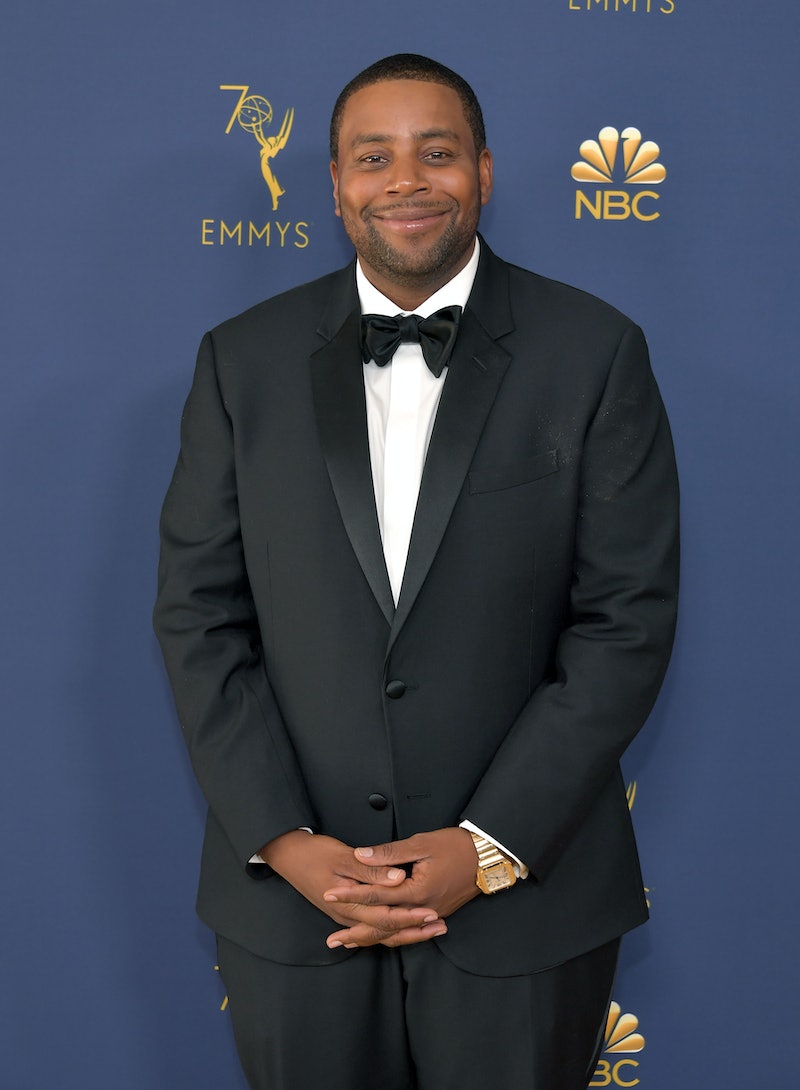 Responding to a question from Craig Melvin, one of the Today hosts Monday morning (he asked whether or not Davidson "crossed a line," in Thompson's opinion) the comedian, unsurprisingly, replied in the affirmative. "It definitely seems it," he told the hosts. Continuing, Thompson explained why Davidson's joke about Crenshaw — which poked fun at the candidate's physical appearance, namely, an eye patch he's worn since suffering a wartime injury in 2012 — felt so disrespectful to so many, especially those who are veterans themselves or whose loved ones have served before. He later told Hoda Kotb and Kathie Lee Gifford that he himself wouldn't have made the same joke, saying, "My father's a veteran — Vietnam — and I personally would never necessarily go there [with comedy]."

Of course, Thompson is no stranger to the stand-up comedy arena. He knows that, oftentimes, some of the most notable jokes tend to come at the expense of their subject matter. "There's no real filters out there in the world when [comedians are] trying to go for a great joke or whatever, and we try to respect that," Thompson said during Monday's Today appearance. But, as he went on to say, that's no excuse for lack of awareness, especially when another person's feelings and/or reputation are at stake:

"At the same time, when you miss the mark, you're offending people so you have to really be a little more aware in my opinion."

Hopefully, those who've heard Davidson's joke about Crenshaw already have a tough time disagreeing with Thompson's take on it. After all, whether Davidson meant for the joke to be interpreted maliciously or not — just for the record, it doesn't seem like he did — his comments were still really insensitive. And ableist, too, to say the least. For those who missed Saturday evening's brand-new "Weekend Update" segment, the bit saw Davidson recapping his thoughts on a handful of midterm election candidates.

But, rather than critiquing their fitness for candidacy, Davidson took aim at each candidates' looks, instead. And when Crenshaw's photo popped up, what started as a semi-crass round of comedy quickly spiraled into what many viewers found to be an uncomfortable, and unnecessary, turn of mockery. Ostensibly referencing the eye Crenshaw lost during a tour in Afghanistan about eight years ago, Davidson's crack went like this:

Eek. If Davidson "missed the mark," then it seems pretty safe to say he missed it by at least a mile or two. Trailing the criticisms that cropped up on social media after that, Crenshaw initially responded to the "joke" on Twitter Sunday night, Nov. 5. "I hope @nbcsnl recognizes that vets don't deserve to see their wounds used as punchlines for bad jokes," he wrote, in a tweet that has since garnered 118k likes on the social platform. But, as People mentioned in its Monday morning report, the congressional candidate seemed considerably less upset during his recent conversation with TMZ, also published Sunday.

In a video posted by the outlet, Crenshaw said, "I want us to get away from this culture where we demand apologies every time someone misspeaks," adding, "We don't need to be outwardly outraged." And while Crenshaw's choice to take the high road in this respect is admirable, his response mostly seems to highlight further the importance of comments like Thompson's, that hold people responsible. Because, at the end of the day, it shouldn't be Crenshaw's responsibility to defend himself against Davidson's less-than-tactful quip, anyway.

So kudos to Thompson for taking a stand and keeping it real, even when that means criticizing your colleague's behavior on daytime TV.

More like this
'Grey's Anatomy's New Intern Got Advice From Dr. Bailey Herself
By Grace Wehniainen
Paul Mescal, Man Of Mystery
By Samantha Leach and Heather Hazzan
The 'Reasonable Doubt' Cast Includes A 'Save The Last Dance' Reunion
By Grace Wehniainen
Nicola Coughlan’s Description Of Meeting Olivia Colman Is Just So Nicola Coughlan
By Sam Ramsden
Get Even More From Bustle — Sign Up For The Newsletter