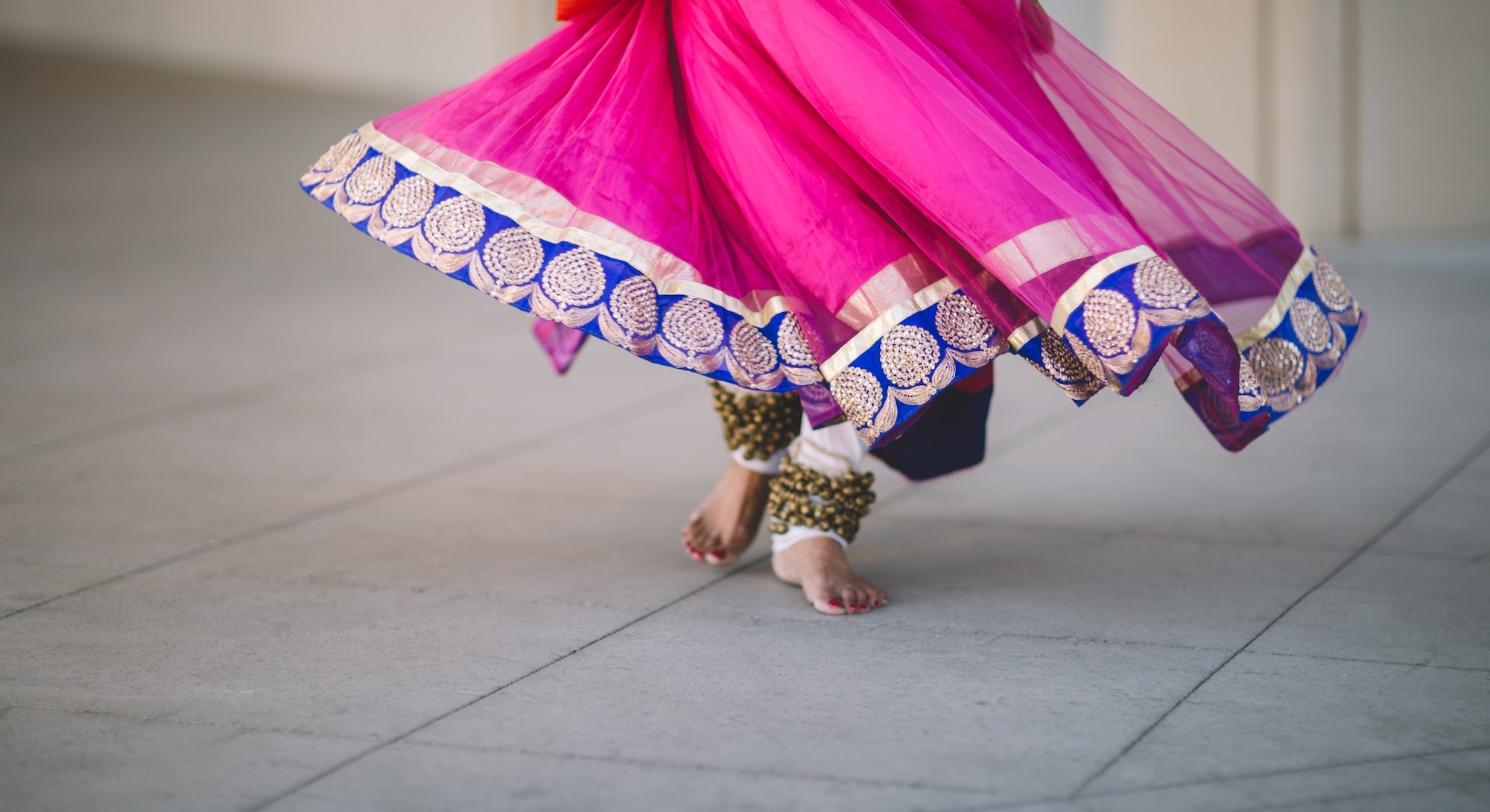 Growing up Hindu, I didn’t eat beef, and I always wondered what burgers tasted like. “Is it like chicken but...browner?” I pondered. But I never broke the rules, because I knew I would get in trouble with my parents. This combination of curiosity and caution — a simultaneous interest in and questioning of the values of my people — exemplified my attitude towards Hinduism throughout my childhood, especially when it came to ideas about women and their sexuality.

I loved learning beautiful things about Hinduism, like the names of countless gods and goddesses, or how to write and chant in Sanskrit and perform classical Indian dances that told stories from our scriptures. But I hated the fact that women were considered second to men and that there was a double standard when it came to sex. It was a lesson I could see in stories — like when the devoted Sita, who was set ablaze in order to prove her fidelity to Ram, was still exiled to the forest for 12 years. Or, how "ladies man" Lord Krishna was famous for having once stolen a group of women’s clothes while they were bathing in a river — an act that was considered playful teasing (there were no similar mischievous stories about goddesses).

But it was a lesson I saw in my own life, too. In my temple, most worshippers were women who did the painstaking work of cleaning the altar and carefully preparing food, flowers and adornments for the weekly ritual; however, the priest, our leader, was always a man. I seethed when he bossed the women parishioners around, despite all they sacrificed for the temple and I grew even angrier when I considered the fact that during menstruation, women were banned from worship, deemed too filthy to express praise.

Family members and other adults reinforced these standards and told me that I couldn’t have a boyfriend, that I needed to keep my skin covered, and to stay at home away from boys and potential sexual encounters. I knew that sex didn’t have to be a bad thing. It could be something enjoyed, something I could enjoy. But I also knew young women like me — women who had sex — were looked down on as dirty, called names, and forced to endure snide comments and whispers, while the young men we had sex with were cheered on and congratulated.

The message was clear: men could enjoy sex, women could not. I broke the rules anyway; I knew I could not be caged in like some animal controlled by the village of aunties, uncles, and the temple community, always watching me, reminding me how to be a "respectable" woman.

Like Sita, I knew I would end up standing trial and banished.

A budding feminist, I recoiled at the expectation of modesty and pressure to repress my sexuality. I decided this interpretation of Hinduism wasn’t for me.

But I wasn’t going to let backward misogynists take my faith — and a major part of my culture — away from me entirely. Outside of temple, my mother taught me that Hinduism is about the oneness of all living beings, and that we have a moral duty to love and protect one another. I learned the importance of seva, or selfless service, and the principle of karma, as we made food to donate to the homeless. I learned about the fierce power of shakti, the divine feminine creative energy. I was fascinated by the beautiful nude statues affixed to ancient temples, which showed men and women enjoying pleasure.

When I became pregnant as a teenager, I only told two friends. I couldn’t bring myself to tell my parents, and the thought of my community finding out made my stomach churn. Like Sita, I knew I would end up standing trial and banished. I’d be labeled a pariah in my family and community. I’d be held up as an example of what young women should aspire not to become.

And when I decided to have an abortion, my religion’s cultural expectation of purity was swirling in my mind. I knew I wasn’t ready to parent, that to try to do so would cause my dreams to come crashing down. I also knew that going through with the pregnancy would expose that I had done the most shameful thing: sex.

After my abortion, I moved away from home. I read literature by feminists of color and built a circle of friends who supported me to be my most authentic self. Knowing there were others out there like me, and that they weren’t ashamed, really changed my perspective and helped me on my journey.

I work to make sure that women— not their fathers, husbands, or priests — get to determine if, when, and how they create and grow their family.

As I got older, I felt that there was less potential for me to be slut-shamed in my community — and, furthermore, I stopped paying attention to it. I became more self-assured about my body and my queer sexuality. I stopped listening to some of the constricting messages in Hinduism and found my own path. I found acceptance. Today, I’m comfortable saying I’ve had an abortion.

I now make a living fighting for gender justice, including abortion rights, and I work to support women’s leadership in my Indo-Caribbean community. I work to make sure that women— not their fathers, husbands, or priests — get to determine if, when, and how they create and grow their family. No one should be forced to raise a child like Sita did – ostracized from their community and banished by loved ones. This is simply not what my Hinduism teaches me.

I do this work because I’m compelled to put my spiritual beliefs into practice. My spirituality tells me, as I learned from my mother, that we are all equal, regardless of gender. It tells me women deserve to have control over our own bodies and lives, and the ability to feel and express our sexuality freely. I’m called to ensure the women who mind our temples are treated with deep respect and honor inside the temple walls, as well as in their homes, at work, and in our legislative process. I want them to be as respected as the goddesses I was taught to worship.

I fight for women to determine their own destinies and pursue whatever fulfills them. I do it, not only because I believe deeply in feminism, but because my Hinduism compels me to.

Shivana Jorawar is an abortion storyteller with We Testify and a founding board member of Jahajee Sisters, a movement-building organization in New York City committed to creating a safe and equitable society for Indo-Caribbean women.