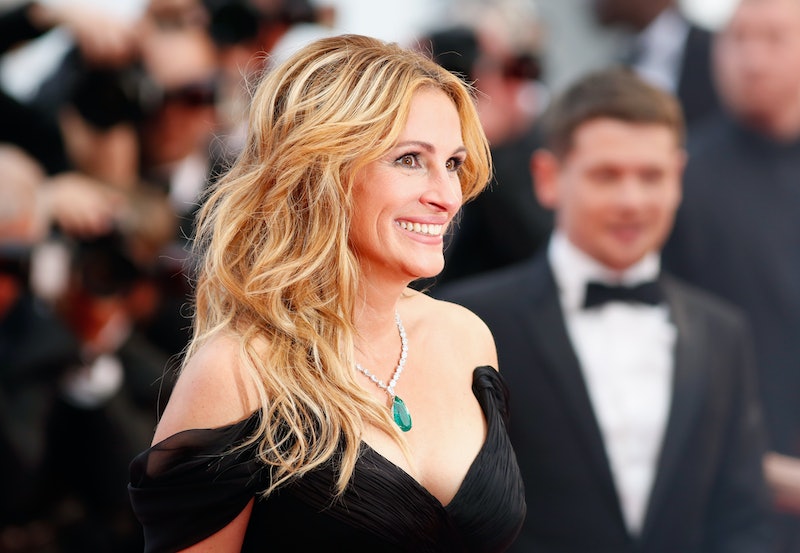 For 28 years, pop-culture lovers have been fascinated by People's most famous and iconic issue. This year, there's a change being implemented to the longstanding tradition. On Tuesday, editor-in-chief, Jess Cagle announced why People is renaming its "World's Most Beautiful" Issue, which will now be called "The Beautiful Issue." The outlet hopes the change will continue celebrating high-profile figures who are beautiful both on the inside and out. However, Cagle wrote on the site that the new name will hopefully eliminate negative competition, and when the "Beautiful Issue" 2018 is revealed on Wednesday, fans will be able to see for themselves.

Since it was established with the 1990 cover featuring Michelle Pfeiffer, the issue has shaped cultural conversation (with celebrities occasionally chiming in), and as Cagle wrote on the site, it's become a hit with advertisers. But taking out the "most" aspect allows the issue to be more of a grounded celebration and less of a high school superlative or beauty contest.

Cagle wrote: "As always it will feature beautiful women (and a few men) of all shapes, sizes and colors, and it will celebrate the most beautiful qualities of all: strength, humanity and artistry." The change certainly feels like a step in the right direction. Although the annual issue is iconic, it's also been a source of controversy through the years.

While the intentions may have been good, the competition did seem shallow at the surface. After all, who's to decide what "most beautiful" means or looks like? And for the most part, the "Most Beautiful" Issue praised a specific beauty ideal — namely, thin, fair women. Last year, for example, Julia Roberts was honored with her fifth time on the cover. Other celebrities who've been deemed People's "Most Beautiful" include Sandra Bullock, Jennifer Aniston, Gwyneth Paltrow, Angelina Jolie, Drew Barrymore, and Nicole Kidman.

Throughout the years, a black woman (including Beyonce, Halle Berry, and Lupita Nyong'o) would occasionally receive the honor, as well as a Latina woman like Jennifer Lopez. Additionally, body shapes and sizes of those being honored have been pretty similar across the board. Overall, the majority of recipients have clearly been "genetically-blessed," thin white women, which is why People has been accused of making "conventional" choices.

On the contrary though, the issue has been praised for moving conversation forward when it comes to age, gender, and body image. It's showcased women over 50, has featured celebrities speaking to gender, women without any makeup on, and insight on what beauty really means to these stars. For example, America Ferrera once addressed Latinx stereotypes in the issue, saying, "We're used to seeing Latinos as gangsters, drug dealers or trying to cross the border. We're so rarely represented for all of the things that we are."

Last year's issue also featured a spread with Caitlyn Jenner, who spoke about gender identity. "I never felt feminine, but I did identify as female. What is femininity anyway?" she said in the issue regarding her transition. "You are no more a woman the day after [the surgery] than the day before, okay?"

In addition to the "Most Beautiful" Issue, People is also known for its annual "Sexiest Man Alive" Issue. Does the "Beautiful Issue" change mean anything for the latter? This is still up in the air, seeing as how the "Sexiest Man Alive" is typically announced in the fall. Mel Gibson was the first celebrity to grace the cover of the issue in 1985. Last year's "Sexiest Man Alive" was Blake Shelton and others who've received the honor include Johnny Depp, David Beckham, Brad Pitt, Tom Cruise, Denzel Washington, and Richard Gere.

Although the magazine hasn't given any indication that it'll change this issue as well, it certainly wouldn't be a surprise given the current momentum.

More like this
Olivia Munn Got Real About How Her Body Hasn’t “Snapped Back” Post-Pregnancy
By Stephanie Topacio Long
Lizzo Changed The Lyrics Of “Grrrls” Amid Backlash
By Maxine Harrison
Adele’s All-Female Lineup Includes Kacey Musgraves, Mahalia, & Self Esteem
By Shahed Ezaydi
Inside The Wild, Contrived World of Staged Paparazzi Photos
By Tess Garcia
Get Even More From Bustle — Sign Up For The Newsletter