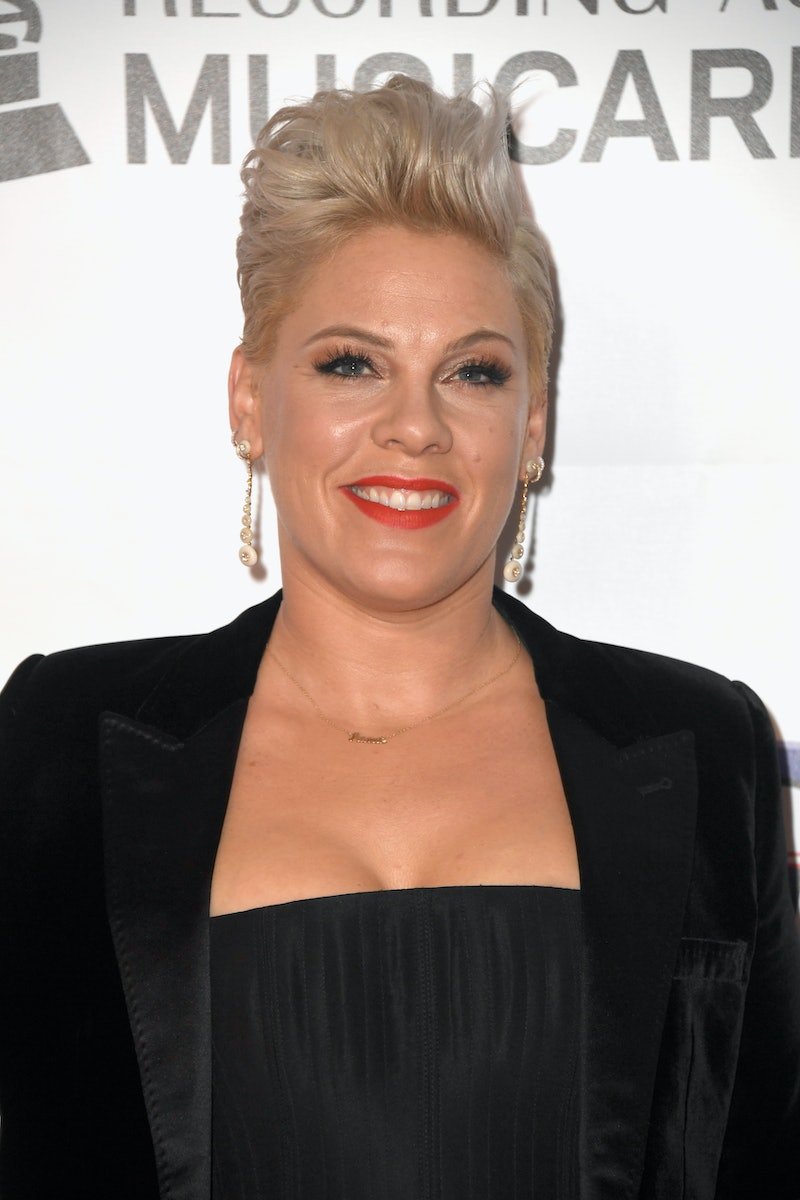 Raising kids in the spotlight is a tricky thing, and now, one celebrity is redefining where her boundaries are when it comes to her children. During an appearance on The Ellen DeGeneres Show on Monday, Pink said she isn't posting about her kids on social media anymore, and even though it may be disappointing to hear that she won't be sharing updates about Jameson and Willow anymore, the reasoning behind her decision actually makes a lot of sense.

As Pink and DeGeneres discussed in their interview, she came to this decision after a recent controversy that happened after Pink posted a photo of her kids on Instagram with a pelican where 2-year-old Jameson's diaper was off, and the haters came out of the woodwork to shame her for not having a diaper on her child. As far as Pink was concerned, she was just documenting a sweet moment with her family, and the mean comments took it too far.

"People went as far as saying someone should call child services because he didn’t have a diaper on and how dare I. . . some of the nastiest things. I cried so hard after that because I like to share my family. It’s my proudest moment. I’m prouder of my kids than anything I’ve done in my whole life.”

She went on to say that while she knows she's the one living in the public eye and she's the one putting her kids and her parenting out there to be criticized, she wishes people could be kinder online.

"I understand people saying you need to be more careful because you are in the public eye and you should have thought of that and they're right, but there's a nice way to say that," she said. "There's a kind way to be online. And I'm open to kindness."

Pink also added that it's probably a "good time" to start stepping back from social media where her kids are concerned, because her oldest daughter, Willow, is getting older. "She's seven now, it's probably time to pull her back from the world and let her just live her best life," Pink said.

True to her word, Pink has definitely been posting less of her family and personal life since that pelican photo. Although she's shared two photos involving her kids since, her last picture involving her kids was shared on April 7, when she shared a photo of the back of her daughter Willow as she walked beside her, carrying a case containing a musical instrument. Since then, her Instagram has remained mostly professional.

Maybe in the future, Pink will feel comfortable enough to share more about her family again, but for now, it sounds like she's making the best decision for her and her kids. No matter who you are — or whose Instagram photo you're commenting on — being kind on social media is important, so hopefully, Pink pulling back from posting so much online will be a lesson for those who need it.