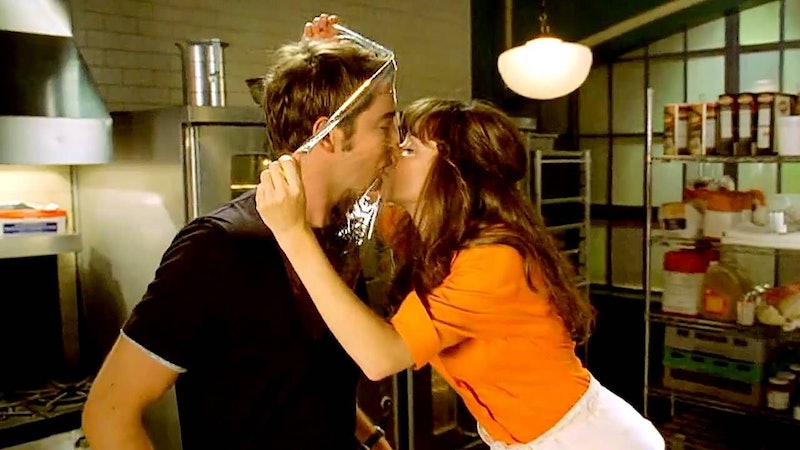 As COVID-19 continues to spread around the world, the reality and boredom of self-isolation is setting in. There’s plenty of time to watch TV, but what should you watch to pass the time during a global pandemic? Though you could finally get back to that show you’ve been meaning to catch up, on or scare yourself with another Contagion re-watch, I’m here to suggest a lighter alternative worth (re)visiting that’s no less relevant in these strange times: Pushing Daisies.

Created by Hannibal and American Gods showrunner Bryan Fuller, the short-lived 2007 comedy is a fantastical trip into the temporality of death. A cheery pie-maker named Ned (Lee Pace, so charming it hurts) has the ability to bring back the dead with a single touch. But his power comes with some caveats: the deceased can only be alive for a minute — any longer and the nearest person will die in their place; if Ned touches the reanimated person again, they die permanently. Naturally, Ned uses his power to solve murders by reviving victims to ask them how they met their untimely end. His side gig also reunites him with his childhood sweetheart, Chuck (Anna Friel), who is killed, brought back to life and… stays alive.

The rules of Ned’s power mean that he can never touch Chuck, making their relationship weirdly prescient as a sweet and semi-serious how-to guide for social distancing. Every episode works as a neat metaphor for quarantining in a relationship. Instead of holding hands, follow Ned and Chuck’s lead and just stand near to your significant other while holding your own hand. Can’t sleep in the same bed as your partner anymore? Try staying in adjoining rooms and placing your hand on the wall to convey your longing for touch. Feel like slow dancing? Keep your whole body covered in a beekeeper suit for maximum protection. And if you just have to kiss your partner but want to avoid spreading your germs, use the next best thing to a face mask: plastic wrap. (This method has not been approved by a doctor, but it’s still extremely relatable.)

Despite the fact that its central couple can’t physically touch, Pushing Daisies never stops feeling romantic, as Ned and Chuck find sweet and increasingly silly ways to show affection for one another. (Can't touch your partner's face? Have a wooden hand touch it instead — just disinfect it first!) The show’s bright colors and oddball characters also help balance the show's macabre crime procedural elements, blending the darkness with whimsy to create a surreal, modern fairytale of two soulmates physically separated by death.

With its penchant for sweeping romance and unabashed quirkiness, Pushing Daisies understands it’s okay to have fun in the face of death, morphing its obsession with mortality into a show that feels utterly full of life. Not only is it escapist fun for these dreary times, it might just be the perfect show for love in the age of coronavirus.