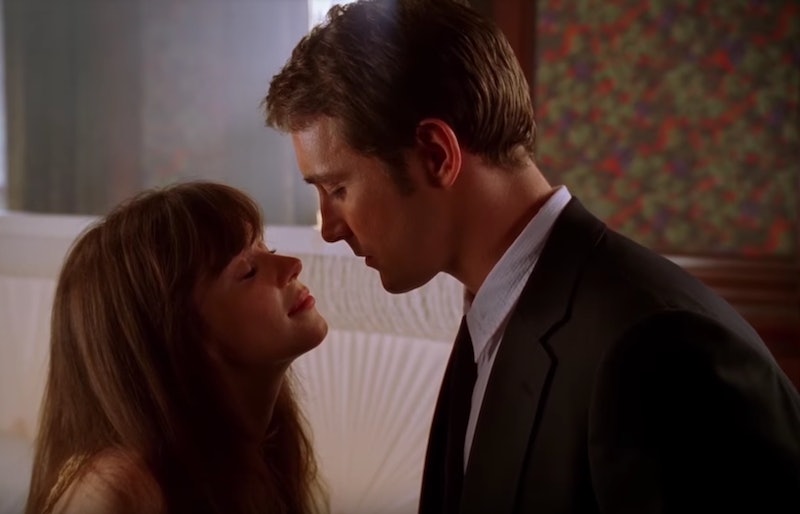 The year was 2007, the show was Pushing Daisies, and the facts, as they say, were these. Ned the Pie Maker used his ability to touch someone or something back to life to resurrect his first love, Chuck, after she was murdered, costing an innocent man his life and dooming them to a life free of touching. Like Chuck, fans fell in love with the Pie Maker and his friends, only to get their hearts broken when Pushing Daisies was cancelled after two seasons. The show's untimely cancellation, though, might be the most obvious reason hopeless romantics love Pushing Daisies.

Hopeless romantics share a love of romance, obviously, but more than that they share a determination to believe in the existence of a Happily Ever After. These people have never met a doomed love story they didn't like, clinging to the hope that something might change to allow for a happy ending. And the love story at the heart of Pushing Daisies is as doomed as they get.

In the show, Ned's power to bring someone back to life come with a few key rules: 1) If said resurrected thing stays alive for more than a minute, an equivalent life in proximity will be taken, and 2) One touch from Ned, and the resurrected object will die again — for good this time. And that means that as much as Ned and Chuck love each other, they can't ever touch. Ned and Chuck are like the show itself, beautiful and deserving of love, but doomed by circumstance (and lackluster ratings). And that's why, in addition to these 13 reasons, hopeless romantics love Pushing Daisies and always will.