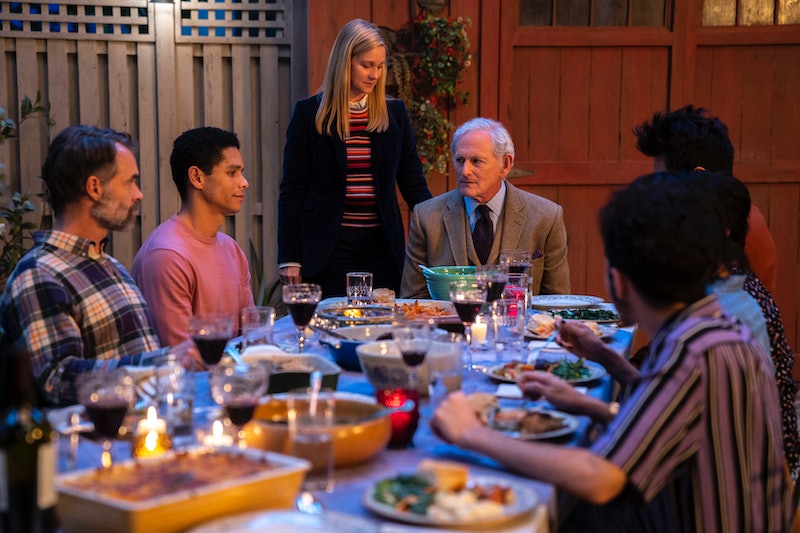 Netflix's Tales of the City plops us right into a rich world full of characters with a lot of shared history. The new drama serves as a continuation of the 1993 miniseries based on Armistead Maupin's revolutionary novels about San Francisco's LGBTQ+ community. And while it hasn't been announced if Tale of the City will return for Season 2, the story has already lived a long life. Don't be surprised if pops back up again.

Tales of the City may be classified as a "limited series" on Netflix's site, but it's also labeled "Season 1," and it's really more like Season 4... or 10. The original miniseries had three separate installments — Tales of the City in 1993, More Tales of the City in 1998, and Further Tales of the City in 2001 — and Maupin's novels have also been adapted for a radio series on the BBC and multiple musical projects, including a 2009 play. So while a lot of ground has already been covered with these characters, there's clearly a continued interest in their stories, and there's no reason Netflix shouldn't at least consider a second season.

Maupin's nine novels span decades, with enough characters to revisit and storylines to pick up for ages to come. Many of those characters popped up in prior incantations, played by some famous actors. Just to whet your appetite, the preceding miniseries featured stars including Sandra Oh, Lea DeLaria, Joel Grey, Parker Posey, Mary Kay Place, and Ian McKellan. Bring them back for Season 2, please!

Plus, the new series introduces a host of new characters whose stories should be explored further. Even if Linney, the 87 year-old Dukakis, or any of the other cast members from the original Tales of the City are unable to reprise their roles, the Netflix reboot has set up tons of potential for a continuation of the drama at 28 Barbary Lane. There's Ellen Page's character Shawna, who is in the books, and new faces like Jake, Margot, and twins Ani and Raven.

Not to mention the fact that Tales of the City was revolutionary for its time, and though queer stories have significantly expanded since then, it remains necessary today. The last book was published in 2014, at a high point for marriage equality and LGBTQ+ rights, but the United States has taken several steps backwards during the Trump administration, and even San Fransisco has begun losing its queer spaces. As showrunner Lauren Morelli told Bustle, "I think unfortunately we're all contending with the fact that there are less physical queer spaces, but I think what that's meant, at least in my own life, is that there’s a really strong sense of queer community, even if it doesn’t always have a physical anchor to it."

It's essential, then, that projects like Tales of the City keep elevating queer voices. So hopefully, there's a space for the doors of 28 Barbary Lane to stay open — even if it is, yes, technically a limited series. It certainly wouldn't be the first time.