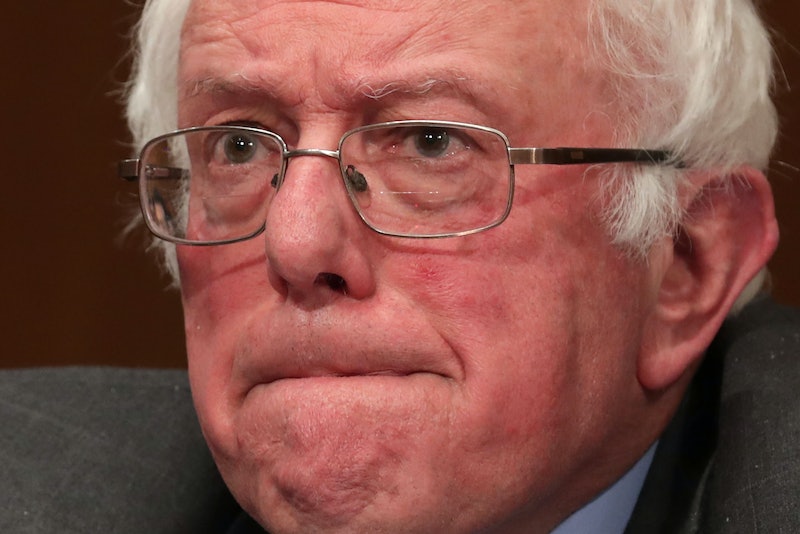 Fast Company reported Friday that the ACLU is hiring organizers from Bernie Sanders' presidential campaign to help build a new platform for progressives in the Age of Trump. Explaining the decision, national political director Faiz Shakir says that Sanders' organizers "have a lot of experience in marshaling the collective power of volunteers in asking them to do valuable work." This is true, but if the organization wants to capture the magic of the Vermont Senator's campaign, there's one crucial element missing: The Vermont Senator himself.

The ACLU is smart to launch this initiative, which seems aimed at harnessing the newly-energized American left and funneling that energy into productive channels. And it makes sense that they'd hire former Sanders for President organizers, given Sanders' enormous popularity with progressives and the unprecedented popularity of his presidential campaign.

Here's the thing: Sanders didn't become an overnight phenomenon because of the talent organizing his campaign. Sure, that played a role — but plenty of presidential candidates with robust organizational operations end up going nowhere.

No, Sanders became a progressive icon because of who he is, individually, as a person and as a politician. It's what he has to say about the economy, and the way he says those things. It's the way he holds himself, the way he gestures from behind a podium, the booming sound of his voice, and the deadly serious look in his eye. All of these other intangible things are what made the Sanders campaign a force to be reckoned with. It wasn't organizers.

That's not to say that the ACLU is making a mistake by hiring former Sanders hands, of course. If anybody knows their way around progressive politics, it's the people who worked on what was arguably the most significant development in American progressivism in decades — the Sanders for President campaign. But simply hiring those folks isn't going to magically replicate that magic.

We saw an example of this play out last year, when Hillary Clinton attempted to recreate Barack Obama's electoral success by utilizing his email list and several members of his team. It wasn't a bad idea, but needless to say, it didn't win her the election. More recently, when it became clear that national Democrats are desperately seeking Sanders' own email list, a former Sanders advisor scoffed.

"They keep thinking it's the list," Becky Bond told Mother Jones. "It's so crazy. It's like someone who buys a $12,000 bicycle and thinks they can win the Tour de France. At the end of the day, it's not like there's something magical about Bernie's email list—anyone can build an email list with the right investments, and you can also get millions of people on an email list."

Such is the case with the ACLU. If the goal here is to harness the left's newfound energy into progressive results, hiring former Sanders organizers to help out isn't a bad start. But it's not a magic bullet, either.