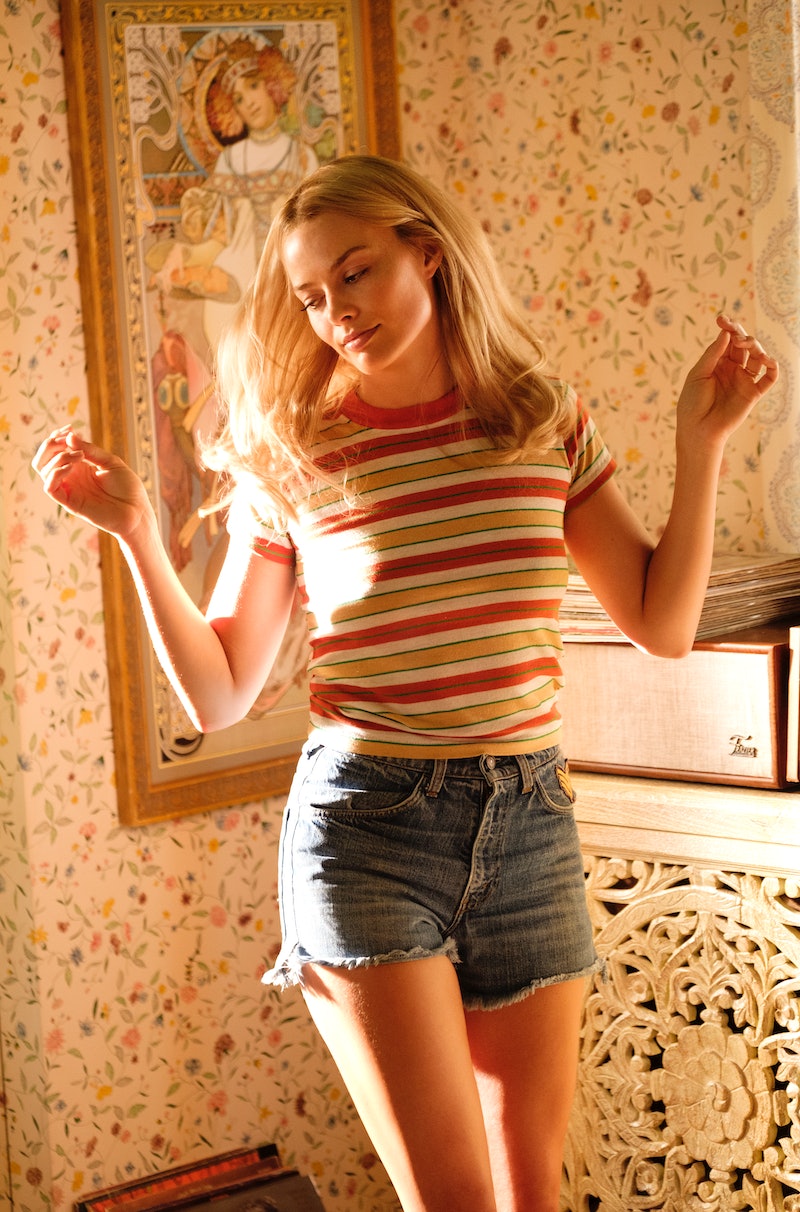 In Once Upon A Time, filmmaker Quentin Tarantino takes on the difficult mission of mixing fictional characters with real-life ones — and not just any real-life characters, but some who either perpetrated horrific murders or were their victims.

For a while, this works well enough. The first half of the film keeps fictional actor Rick Dalton (Leonardo DiCaprio) and stuntman Cliff Booth (Brad Pitt) separate from Sharon Tate (Margot Robbie) and from the members of the Manson Family it features. It gives us a day in the life look at each of these segments of 1969 Los Angeles, from a day on set with Western actor Rick to a day at the movies with Sharon. It's when their paths start crossing that things get complicated plot-wise, but also complicated when it comes to digesting the story as a viewer.

Jumping to the ending, the Manson Family members being sent to murder Sharon and everyone in her home decide to kill everyone in Rick's home next door instead. They're then violently killed off by Cliff and Rick (and Cliff's dog), meaning that Sharon, Jay, and their friends survive. The movie ends with Rick finally getting to meet his famous neighbor Sharon, and feeling like he could get a big break in his career again.

Rick and Sharon's exchange is momentarily touching. As viewers, we know that Sharon, who is very pregnant, just narrowly escaped death and gets to raise her child, keep acting, and keep living her growing life. It also makes you wonder how Hollywood might have been a different place overall had these murders not occurred the way they did. (People in LA would still pick up hitchhikers, is what the movie seems to get at.)

But the fact of the matter is, a pregnant Sharon Tate was murdered that night, and so was Sebring, and the three other friends who were in Tate's home, and all the other people who the Manson Family took as victims. Considering that, is it disrespectful to rewrite their history? Once Upon a Time in Hollywood definitely begs the question, but the point of the movie is not for us to ponder whether showing Tate in this way is acceptable or not; that decision has already been made.

"Unfortunately, she’s kind of been defined by her murder," Tarantino told Entertainment Weekly of including Tate in the movie. "I thought the best way to get her across was not sticking her in a bunch of scenes with Roman or with other people where she’s [furthering] a plot, but just hanging out with her, letting her drive around Los Angeles, do her errands, and just see where the day takes her. I wanted to show people a glimpse of Sharon before the murder, so they think of her as more than just a victim."

The movie does give us a "glimpse of Sharon," and that's part of the problem. For the majority of the two-hour-and-45-minute runtime, we're following Rick and Cliff. Sure, we spend some time with her and she seems like a kind, happy person with a real joie de vivre. But it's Rick and Cliff whose intricacies and backstories the movie is more concerned with.

This leaves Sharon to be a plot device, as though her character only intersects with Rick and Cliff's journey at the end for the twist of it all. And that twist would feel more like it was honoring Tate if we had we seen more of her throughout the rest of the film.

How Tate would be portrayed in this film is something that the late actor's sister Debra Tate worried about. Prior to seeing the movie, Debra explained to Grazia that she has long been disappointed in seeing her sibling's story told on screen, but after meeting with Tarantino and Robbie, felt more confident in this film. And now that she's seen it, she is happy with the outcome. "It’s the first time ever that I haven’t been lied to or tricked or not given any consideration whatsoever," she told TMZ. But she added she would like to have seen Sharon more. She'd like Robbie to play her sister in a biopic next.

The idea of her story intersecting with that of an aging TV star is the reason Once Upon a Time in Hollywood exists, but, in the end, it's also the most troubling aspect of the film.