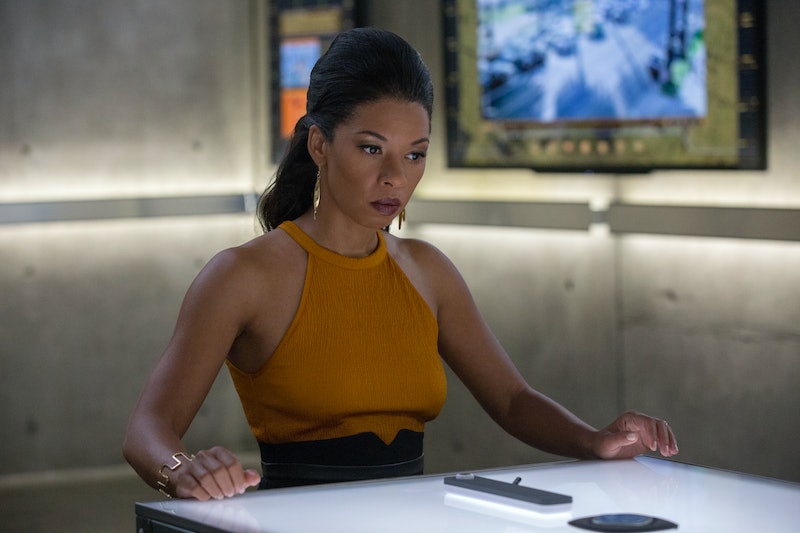 The parents on Marvel's Runaways may be supervillains straight out of a comic book, but they're still parents. In the show's second season, which drops Dec. 21 on Hulu, the teenage heroes are constantly struggling with whether or not they can trust the adults who raised them. But despite the fact that it would be fair to label the parents on Runaways evil, Angel Parker, who plays Alex's mom Catherine Wilder, insists that they're still human enough to be sympathetic.

Ritually sacrificing the lives of disenfranchised teenagers (what Pride, the group of parents in Runaways, is guilty of) is a pretty big "mistake." But the parents and their children still have strong (if fraught) bonds, and there's humanity and relatability in how they interact with their children and their friends' children.

The mundane reality that they could combine evil deeds with playdates probably kept Pride going when it got tough, according to Parker. "I think that the fact that the kids became friends during these Pride meetings was one of those benefits," she says. "You're like, 'Well, we all have kids the same age.' That's actually really sweet. You get to watch each other grow up."

If it weren't for their debt to Jonah and the fact that their kids became close, there's no way that the leaders of Pride would be hanging out. Adult friendships are hard, but this bond is one of circumstance. The Wilders, for example, were ready to quit in Season 1 — but now Alex and the others are missing, so they're back in.

In Season 2, the parents are united less by Jonah, and more by trying to get their kids back. "Catherine is willing to do anything to make sure that her and her family are okay," Parker says, which may mean a sprint to the Dark side. "I'm surprised that her line has been pushed so far forward. There was always a little bit of regret and always a little bit of honor in Catherine — and when she really feels that she's up against a wall, all of that goes away."

That said, you can root against what the parents are doing without rooting against the parents themselves. They're sympathetic in their own way. Most are even dorky, lovable, and caring despite the villainy. For some of the kids, that means being tempted back home. For others, Alex in particular, it means risking a repetition of their mistakes. At the end of Season 1, he gets help from his parent's gang connections. "Catherine would be proud of him for taking care of himself, but it's also kind of sick and twisted how much he is becoming his parents," Parker says.

It's not unusual for parents to be the antagonists on shows aimed at young adults. We always feel as if the older generation is working against us, and that leads to a lot of great metaphors in storytelling. But the relationships between the parents and the kids on Runaways manage to be realistic and grounded despite the presence of aliens, witches, and dinosaurs in this corner of the Marvel universe. It's in those parental relationships that the show finds a lot of emotional stakes. With Pride's secrets out in the open and the kids on the run, those stakes get way higher in Season 2 for Alex, Catherine, and everyone on Runaways.