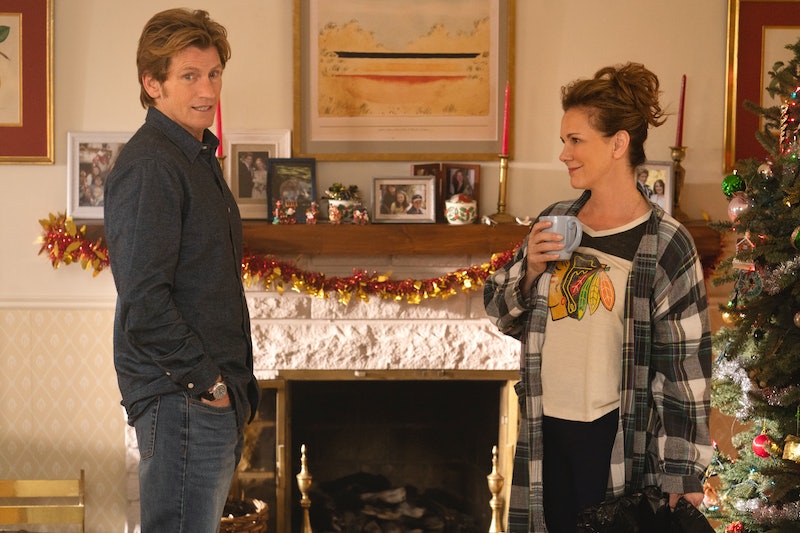 When the American version of The Moodys wraps up on Dec. 10, it's probably not the last time this family will be on fans' TV screens. According to Deadline, Fox Entertainment president Michael Thorn has already been looking ahead to The Moodys Season 2, although the series has not yet been officially renewed. If and when the second season is given the go-ahead, it could return sooner than next Christmas season.

Deadline reported that Thorn sees The Moodys as expanding beyond Christmas and into other holidays and events. This is the same tactic employed by the original Australian series of the same name. Season 1 of the original covered several Moody family Christmas celebrations over six episodes. Season 2 then went on to cover Australia Day, an anniversary, a birthday, Easter, a court appearance, an election, a baby shower, and a wedding.

For the American version, Deadline reported that Fox has suggested that a possible second season could dive into a Moody wedding, funeral, vacation, or graduation. Thorn said that the show could pop up multiple times throughout the next year in short two-three day chunks. "We will meet this family, the Moodys, at very important events throughout their lifecycle that a family experiences together," Thorn said. Those events would culminate every year in a Christmas special, Thorn said, because Christmas is "a standing family event ... for many families" including the Moodys.

This installment idea spread out over special events was born out of Fox noticing that viewership is high before Christmas, but there wasn't a lot of original programming on during that time of year. The network decided to slot in three days of Moodys episodes, since they've owned the rights to air an American version since 2013. Thorn said Fox will evaluate other times of the year that have similar viewership spikes without content to correlate and that possibly more Moodys episodes will air then. That means fans could see more episodes over the next year leading back up to Christmas. Unlike most network shows that air in the winter and spring, take a summer break, and return in the fall, there's potential for fans to get little doses of The Moodys all year long in six-episode stints.

Thorn's interview with Deadline originally ran in June, long before the season had begun. Now that it's premiered, the network could always change its mind and not renew the show, or change how and when it does come back. The show hasn't gotten many rave reviews, with LaToya Ferguson of The AV Club even noting how the series seems to be withholding too much information out of a desire to keep people coming back for more possible iterations. "[That] doesn't necessarily make for the most entertaining — or even complete — Christmas event series experience it's been billed as," Ferguson wrote.

On the fan side, viewership has been pretty middle of the road, per TVSeriesFinale. The Moodys is averaging 2.7 million viewers an episode, making it Fox's sixth most watched scripted series. It's a far cry from popular series like 9-1-1 and The Masked Singer which are raking in six and seven million viewers an episode. However, Fox did renew Bless The Harts, which is currently averaging less viewers than The Moodys at about 2.1 million.

It's possible that Fox will give The Moodys at least one more season out of curiosity as to how this new type of event programming will pan out. But no matter when more episodes air or what holiday they'll cover, expect the Moody family to bring plenty of problems with them. It's not just Christmas that brings out their dramatic sides.