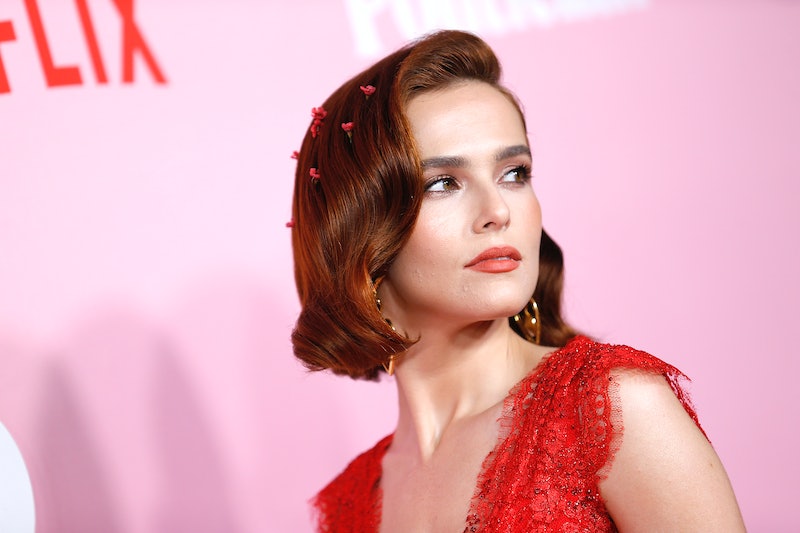 It's a busy month for Zoey Deutch, who stars in Netflix's new Ryan Murphy hit The Politician and the soon-to-be-released Zombieland: Double Tap. While promoting both projects, Deutch opened up about anxiety in a new cover story with Cosmopolitan. After struggling with the condition her entire life, she's discovered how she can actually harness her anxiety and now considers it her "superpower."

During the interview, the actor admitted, "I came into this world with anxiety. I used to hold my breath from anxiety when I was a baby and it would make me faint." Thankfully, she no longer does that as an adult. It's definitely still a battle, but Deutch told Cosmo,

This isn't the first time Deutch opened up about her mental health. In an interview with Glamour UK back in September, the actor shared how she pumps herself up when she's not feeling so great, citing advice from her mom, who reminded her, "'You are enough, and you are really beautiful.' I think that is really comforting and I think people need to listen to that and learn from that."

Deutch is just one of several high-profile stars who have been candid about coping with anxiety in recent years. While speaking on a panel in October 2018, Emma Stone described the first time she remembered feeling truly, extremely anxious while at a friend's house. "All of a sudden I was absolutely convinced that the house was on fire and it was burning down," she recalled. "There was nothing in me that didn't think we were going to die. It was panic but I, of course, didn't know that." Stone eventually discovered that acting helped her manage those feelings. Even so, she acknowledged that anxiety is "something that is part of me but it's not who I am."

Ariana Grande has been especially vocal about mental health as well, particularly in regards to the PTSD and anxiety she's experienced following the 2017 Manchester bombing at her concert. She told Elle in July 2018, "I’ve always had anxiety, but it had never been physical before. There were a couple of months straight where I felt so upside down." In that same interview, she noted that she's been in therapy for 10 years and continues to work through everything in that way.

When celebrities like Deutch, Stone, and Grande open up about anxiety and mental health, it chips away at the stigma surrounding those kinds of disorders.