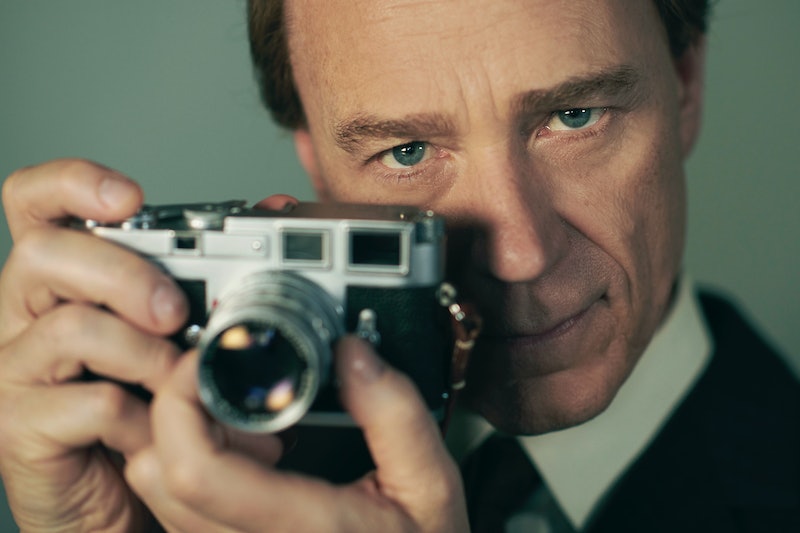 Spoilers ahead for The Crown Season 3, Episode 4. Though the royal family is notoriously private, there was a time when they let the public into their everyday lives — at least, a heavily curated version of it. As The Crown's third season shows, a royal family documentary was commissioned in the 1960s. The circumstances that led to it are a bit different in the series than they were in real life, but the results are the same: a directive for the documentary to never be seen again.

In the show, Philip commissions the documentary in an attempt to curry favor with the British public. He's convinced it will show people how hard the royal family works and prove they "deserve the taxpayers' money."

Needless to say, the film — which features the royal family watching TV in the palace with the queen's corgis, visiting the queen's private residence of Balmoral Castle, and meeting with the U.S. president and Olympic teams — doesn't have the desired effect. While viewership is high, a Guardian reporter named John Armstrong writes a scathing review ridiculing the royal family's sense of entitlement, and the public consensus is largely the same.

What happened in real life is similar. A documentary of the royal family directed by Richard Cawston was broadcast on BBC One on June 21, 1969. As outlined in a Smithsonian Channel video, the intention was to increase dwindling support for the queen — and to secure taxpayer funding. However, the idea came from the queen's advisers, not Prince Philip, and while the documentary in The Crown only films for a few months — in the show's timeline, during 1967 — cameras actually followed the royal family for 18 months.

That said, some moments in The Crown's version of the documentary are nearly identical to the one in real life. As reported by The Telegraph, the doc did show Prince Philip barbecuing at Balmoral and Queen Elizabeth stating, "World problems are so complex, aren't they?" On the show, she says that to an ambassador from the United States, but in real life, the queen reportedly said that to President Richard Nixon — a change seemingly made because of The Crown's altered timeline.

According to The Telegraph, three-quarters of the British population watched the documentary when it was released and during subsequent reruns. However, critics said the film ruined the royal family's mystique, and a royal biographer claimed Queen Elizabeth regretted making it. At the end of 1969, Windsor Castle ordered that the documentary never be seen again, though some clips have since been allowed to air.

For example, in 2011, 90 seconds of footage was shown at the National Portrait Gallery to celebrate Queen Elizabeth's Diamond Jubilee. And per Express, some footage was also included in a BBC documentary about Prince Philip later that year. "Legend has it that the Queen doesn't want parts of it to be shown," the curator of the exhibit, Paul Moorhouse, told The Telegraph. "I wish we could show it in its entirety. It tells you a lot about family life. And it redefined the nation's view of the Queen." As seen below, an unofficial YouTube account posted some of this released footage along with commentary from Queen Elizabeth's daughter, Princess Anne.

At the end of The Crown episode, Olivia Colman's Queen Elizabeth quickly shuts down the idea of the documentary being rebroadcast. "As a matter of fact, I think it best if that documentary were never seen again anywhere, by anyone," she proclaims. The queen's edict remains (mostly) in effect 50 years later, but at least now fans of the royal family can watch a fictionalized version on The Crown.