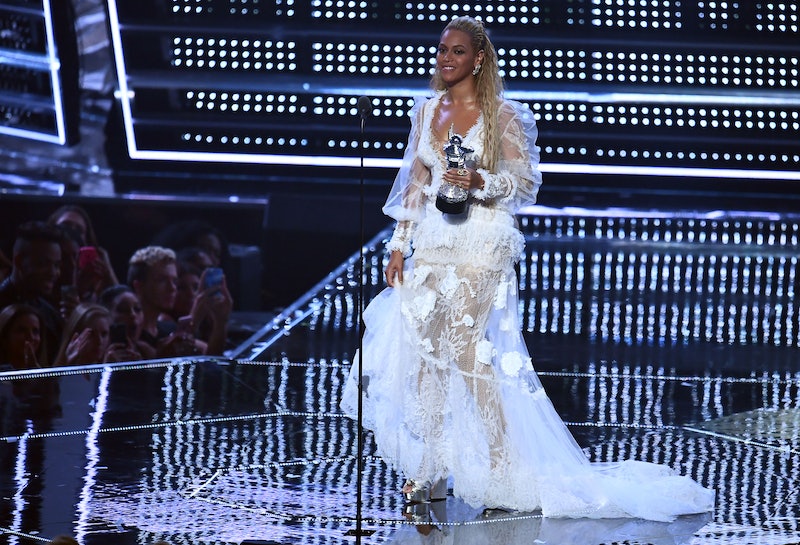 On Sunday, it's out with the "Moonman" and in with the "Moon Person." It was announced earlier this summer that this Sunday's MTV Video Music Awards are taking a huge progressive step by removing gender-based award categories and by calling the award itself a "Moon Person." This decision was met with mostly positive praise and could be a sign of a future where award shows don't judge talent at all on whether a person is male or female but instead focus only the quality of the art itself. Putting everyone on the same playing field is part of the reason why MTV changed the VMA categories for the 2017 show.

The decision from MTV to remove gendered categories also is thought to reflect its under-25-year-old target audience that sees things like gender in a different and more open frame of mind. In an interview with Vulture, McCarthy explained the reasoning behind tearing down the awards gender barrier for the MTV Movie & TV Awards and said, 'This audience doesn't see male-female dividing lines, so we said, 'Let's take that down."

"The first acting award in history that doesn't separate nominees based on their sex says something about how we perceive the human experience. Acting is about the ability to put yourself into someone else's shoes — and that doesn't have to be separated into two different categories."

While MTV's decision has been met with mostly praise, one critique of the switch has been that fewer categories give less artists the chance to be honored. The cast of NBC's TODAY show discussed the topic and talked both sides of the spectrum in a segment from July. A poll conducted by the show showed people were split.

MTV is not alone in their progressive category name changes. According to Entertainment Weekly, the Grammy awards removed gender distinctions between female and male singers, collaborations and groups back in 2011.

Despite not everyone being on board, it's clear that MTV is confident in the decision to judge everyone on their talent at its award shows.