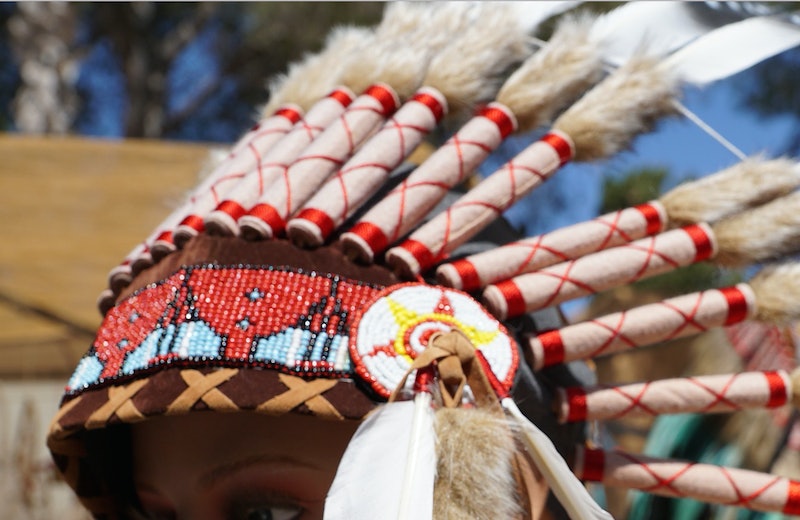 You’d think by now, people would know that music festivals are not excuses for cultural appropriation — and yet, once again, certain Coachella attendees chose to don Native American headdresses as part of their festival “fashion” this year. On Instagram, one girl apologized after being called out for cultural appropriation at Coachella, and it’s giving people hope. Obviously, one would prefer that the cultural appropriation not take place at all, but the relatively civil exchange between the woman and the folks calling her out is a welcome demonstration that these types of situations can be opportunities for educating.

Dr. Adrienne Keene has spent years discussing the appropriation of Native American culture on her blog, Native Appropriations. Way back in 2010, she explained why wearing Native American headdresses to music festivals and in other “hipster” contexts is offensive in an article titled, “But Why Can’t I Wear a Hipster Headdress?” The article is definitely worth reading in full, but bullet points include “Headdresses promote stereotyping of Native cultures,” “Headdresses, feathers, and warbonnets have deep spiritual significance,” and “It’s just like wearing blackface.” So, you know, it’s... not good.

Given Keene’s work, and the fact that racist Halloween costumes and festival gear are being called out more and more, it’s disappointing to see that some people still haven’t gotten the message. On Monday, Keene posted two images on Twitter of women sporting Native American headdresses at this year’s Coachella. “I can't believe we're still dealing w/this,” Keene wrote.

The next day, Keene tweeted that one of the headdress wearers had taken the photo off of Instagram.

The woman also apologized, writing, “I want to genuinely apologize to anyone who has been upset about my headdress post at Coachella. … I’m human and I admit there are many things I’m still unaware of and while I can admit I was unaware of the recurring issue of wearing Native American headdresses in music circles over the past several years, my intention was not to offend….” She added, “While the headdress I wore was beautiful and I wanted to highlight its beauty, I regret wearing it. I am sorry and I’ve gained greater understanding of this issue….”

Keene responded graciously: “It's not easy to get called out, so many props to her.” Other commenters also chimed in with support.

Apologizing for using Native American culture as a fashion accessory may seem like a very low bar for praise — but at a time when, far too often, people offer defensiveness or non-apologies (i.e. “I’m sorry you were offended…”) in the face of controversy, it’s refreshing to see someone simply acknowledge her mistakes and try to learn from them. Learning can be a difficult, even painful, process, especially when it involves recognizing our own faults — but it's the way we create change for the better.