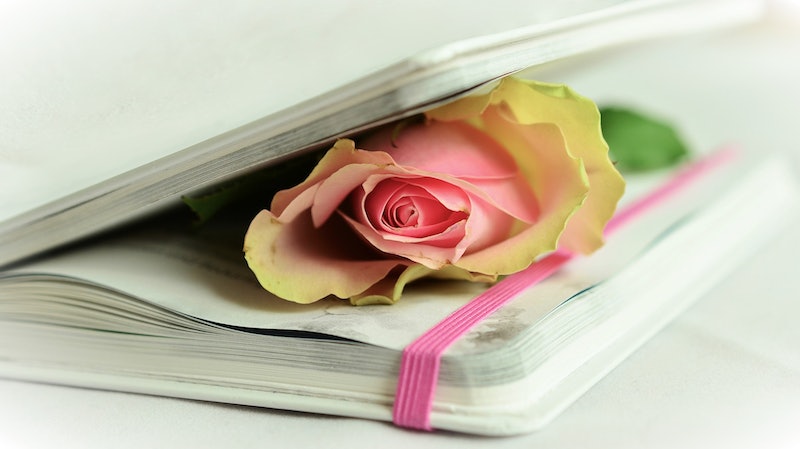 After a rushed final week that began with an unexpected email and ended with reportings to the FBI and the U.K.'s National Cyber Crime Unit, readers and writers alike are still left wondering why a super-popular romance novel site shut down. The Guardian reports that owner Lori James' decision to close AllRomanceebooks.com and its sister sites was due to growing concern over the state of the eBook market going into 2017, but both sellers and consumers now wonder if the website's exit was entirely legal.

In a mass email sent out on Dec. 28, James — who writes romance novels under the pseudonym Samantha Sommersby — announced that All Romance would be closing on Dec. 31. Users would have the final four days of the year to spend all of their site credits and gift cards, and to download all the eBooks they had purchased. Writer Isobel Starling told The Guardian that "[t]he site crashed constantly under the strain and money spent on gift cards and store credit cards has been lost."

Writers and publishers didn't have any more notice of All Romance's closing than their fans. The 5,000 romance eBook creators who used the website were also emailed on Dec. 28, and were informed that All Romance lacked the funds to pay them their full due in royalties. For the fourth quarter of 2016, authors whose books were sold on All Romance will receive just 10 percent in royalties — one-sixth of their normal rate.

According to Writer Beware, James' website offered to give romance authors the rights to their work, following All Romance's closing, on the condition that they not pursue legal action against the company for unpaid royalties. However, All Romance's continued sales of eBooks after the royalty cut-off date was labelled "unconscionable" by Romance Writers of America.

Legal action may be on the horizon. All Romance solicited advertising contracts for 2017 in the weeks leading up to its sudden closure, with James advertising All Romance's "#1 Google ranking for 'Romance eBooks'" to encourage potential advertisers to pay thousands of dollars for webspace and shoutouts. James has been involved in court cases related to All Romance before.

Updated Jan. 10: A previous version of this article stated that rumors of All Romance's advertising solicitations were unfounded. The author has since seen two promotional emails sent by James on Dec. 23.

More like this
The 20 Best Audiobooks To Fall Asleep To
By Aoife Hanna and K.W. Colyard
'The Essex Serpent' Book Ending Is Quite Complicated
By Rachel Mantock
Candice Carty-Williams’ 'People Person' Tackles Daddy Issues With Warmth
By Sam Rogers
Conversations With Friends' Endometriosis Scenes Are As Brutal As It Gets
By Ivana Rihter
Get Even More From Bustle — Sign Up For The Newsletter