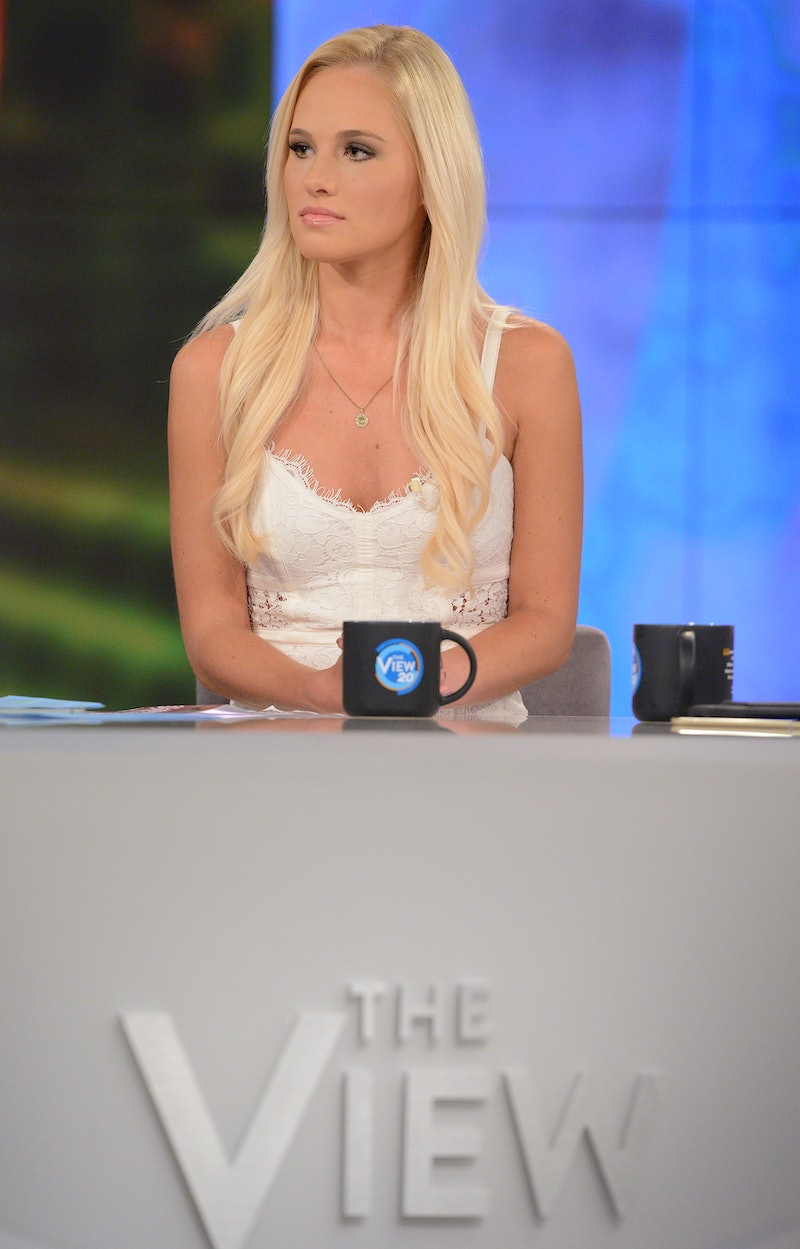 Conservative political commentator Tomi Lahren recently waded into the debate surrounding the commencement protests at the University of Notre Dame. She disagreed with the political gesture of the student-led dissent, and proceeded to share her thoughts about it on Twitter, saying the students who protested probably wouldn't be able to hold jobs. But the irony of Lahren's lecture to "snowflakes" on jobs is a little too obvious.

In case you forgot, Lahren is the same individual who was reportedly ousted from her position as a host on The Blaze after expressing pro-choice views. Normally, Lahren is known for her ultra-conservative views on politics and society. She calls herself a "constitutional conservative." BBC News called her "the young Republican who is bigger than Trump on Facebook." But considering her current situation, Lahren is not exactly the best person to give advice on "holding a job."

The protest conducted by some Notre Dame students involved a walkout during Vice President Mike Pence's speech at the institution's graduation ceremony. Sharing a link to a Fox News story on the demonstration, Lahren responded to the protest by saying, "Snowflakes think this kind of crap will fly in the real world? Good luck holding a job, kids!"

For someone who was reportedly removed from her position, job security does not seem like Lahren's forte. Many people pointed to the apparent lack of self-awareness in Lahren's tweet, like The Huffington Post's David Moye, who responded and reminded Lahren that "you know better than anyone that you can lose a job at any time."

Others wanted to absolutely confirm if it was really Lahren, of all people, who was bold enough to be lecturing those meddling "snowflakes" on jobs.

Some provided a simple reminder to Lahren.

Regardless of your views on Lahren's highly contentious personality, you can trust the ever-resourceful internet to remind people about the truth on any occasion — including when unemployed people have lectures for "snowflakes" about keeping a job.