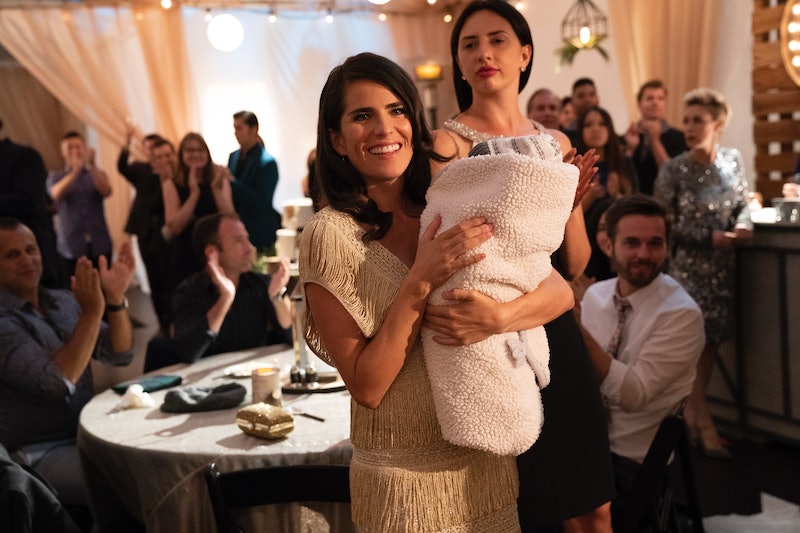 Every season of How To Get Away With Murder opens with a problem, and in Season 5, those problems are at least two-fold. Not only is someone dead and/or dying out in the snow (natch), but also, someone (possibly the killer) left poor baby Christopher out in the snow whenever the murder was happening. Now, listen — Christopher is so young that he's not really forming memories just yet, so this isn't something that will land on his future therapist's couch with him. But why was baby Christopher outside on HTGAWM in the first place? Who was responsible for this little baby?

Granted, Laurel, the baby's mother, has had a stressful year. Yeah, all of the Keating groupies have had their problems, but not only did Laurel lose her boyfriend, Wes, in Season 3, but she became pregnant with his child. She found out before she could tell him, and then she went into labor early due to the stress of, well, her life with Annalise Keating. Everyone almost died. And then her dad, Jorge, had her institutionalized as blackmail. But all is well that ends well — Jorge got locked up by the FBI, Laurel figured out who murdered her boyfriend (it was her mother and father), and Laurel got Christopher back.

In present times things seem to be going well for her, though. At least until the flash forwards at the end of the episodes, where viewers see that Bonnie found Christopher laying on the ground in the snow and brought him into the bathroom to clean herself up. One question I have is about why that baby is bundled up like he's about to participate in the Iditarod. He has to be sweating under all of that fleece, and maybe that has to do with why he was outside in the first place — maybe the killer and Christopher's babysitter are one in the same.

The fact that Bonnie was the one who closed the victim's eyes, was covered in blood, and brought Christopher back into the wedding party must be a red herring, because it's way too early at this point in Season 5 to know who the killer is. We have like two dozen episodes left. But another person that's missing at the present time on the show is Oliver. Yes, it's his wedding, but when the DJ was calling him to dance with Connor, his new husband, Oliver was nowhere to be found. Oliver is the only one with a real job on the show, but he also remains, besides Frank, to be one of Christopher's primary caretakers. So many daddies on duty.

This could mean that Oliver is either the victim or the perpetrator here — if he killed the victim, he would have had to put down the baby to do it. If he is the victim, well, it's obvious why Bonnie would have closed his eyes, grabbed the baby, and ran inside to wipe the blood off of her. Killing Oliver off How To Get Away With Murder on his wedding day is a tough break, but on this show, nothing is certain and nothing is off-limits. Even a baby left in the snow during a blissful winter wedding.