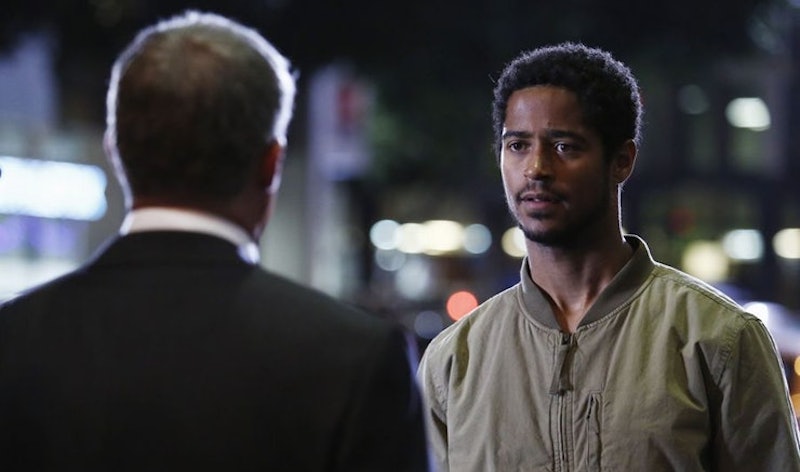 Season 3 of How To Get Away With Murder started with one big mystery — Annalise’s house was on fire/exploded, and one of the Keating 5 is dead in the house. Every week, it was revealed who had not met their maker in Annalise’s basement, and the slow reveal to the truth took seemingly forever. But in the mid-season finale, Wes’ battered and burned face was shown in that body bag, and the second half of Season 3 was spent figuring out who killed Wes and why. This gets especially complicated, because, for some reason, the people who determine mismatched romances decreed that Wes and Laurel would get together and Laurel was already pregnant with Wes’ child. Oh, boy.

Detective Nate Lahey did some sleuthing of his own, mostly because he didn't want Annalise to go to jail for Wes’ death, and the medical examiner told him that Wes was dead before the house blew up — the fire didn’t kill him. Looks like we have a homicide on our hands! Throughout all of this, Annalise is in lockup, because the DA is convinced she killed Wes. Originally, it looked like District Attorney Denver had orchestrated the hit on Wes, but this is where How To Get Away With Murder gets good — you never see Wes’ real killer coming. It was Laurel’s dad, Jorge. He ordered a hit man to kill Wes.

The night of the fire, Jorge had Dominic, a family friend and “associate” kill Wes. Dominic found Wes in the house, stabbed him in the neck with some sort of needle, and even though Wes tried to fight back, smashing a bottle over Dominic’s head, Dominic eventually smothered Wes. He then cut the gas line and blew that pizza stand, phoning Jorge to tell him the job was done, albeit a little more messily than he had originally planned.

Jorge Castillo hasn’t been a main player on How To Get Away With Murder, but the times he has shown up have been important. He’s a man with power in his native Mexico, and it’s been insinuated he runs his own sort of gang/mafia. Laurel has been trying for years to get away from his influence, and, unfortunately, this shows that she just can’t. It’s uncertain whether or not Jorge knew that Laurel was pregnant, but my guess, personally, is that he does. There’s nothing a powerful man like Jorge doesn’t know, especially about his family. In his eyes, best to eradicate this threat to his family, aka Wes, before it got to be too big a problem.

Executive Producer Pete Nowalk told Entertainment Weekly that answers about why Jorge had Wes killed are forthcoming in HTGAWM's Season 4:

“That is definitely a major answer we have to give to the audience, which is why did Jorge order Wes to be killed? Esai Morales comes back. That is a major thrust of our season. That backstory is the spine of our season. The question is, Does Laurel know or does she not know? We’re going to find out an answer to that soon, and it’s going to set us off on this crash course that’s going to lead to our midseason question/flash-forward, which is bonkers.”

Bonkers, you say? I’m not sure what could be more bonkers than what we’ve already seen, but bring it on. It’s what Wes would have wanted, probably.