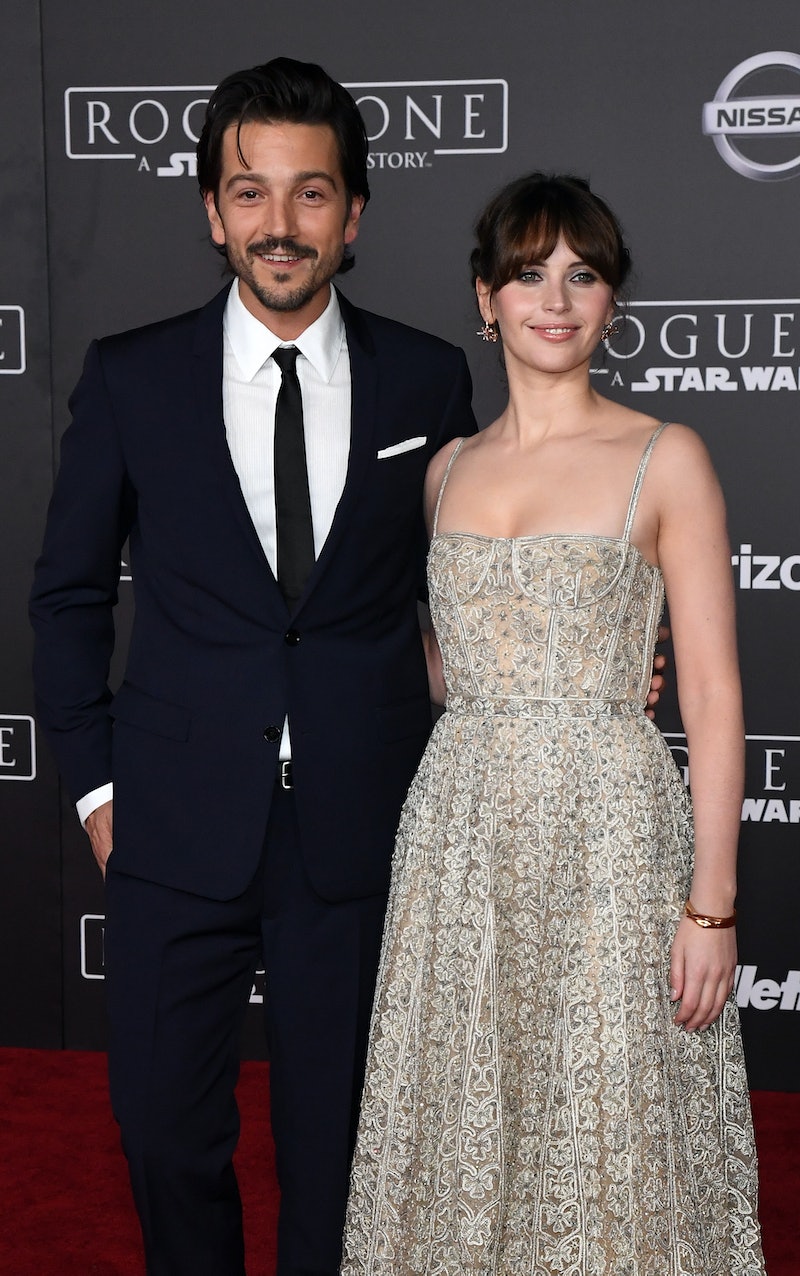 This Sunday, Hollywood's most coveted gold-plated orbs will be handed out at the 74th Golden Globe Awards, but as anyone who has pored over the list of nominees knows, Rogue One: A Star Wars Story will not be one of the winners. Because Rogue One: A Star Wars Story was not nominated. So, why didn’t Rogue One receive any Golden Globe nominations? Cue the classic award season refrain: it apparently did not make the voting cutoff date.

According to the Golden Globe Award consideration rules, movies that “both release and screened for the active membership in the greater Los Angeles area during the qualifying year (January 1 through December 31)” are fair game for noms. Based on that and that alone, Rogue One: A Star Wars Story technically qualifies, right? Almost, but not quite. I hope you have your award season galoshes on, because the plot is about to thicken. Without further ado, may I present you with the Golden Globe submission deadline timeline from the Golden Globe website:

Friday, November 25: 2016: Deadline for nomination ballots to be mailed to all HFPA members by Ernst & Young.

Let’s zero in on that “Friday, December 9, 2016: Deadline for receipt of nomination ballots by Ernst & Young, at 10 a.m.” bullet. Rogue One hit theaters on Dec. 16, and the world premiere happened on Dec. 10. Yeah, there were advance screenings of parts of the movie, but as far as I can tell, Rogue One in its entirety was not shown before Dec. 10. So, it looks like the only way Rogue One could’ve snagged some noms would be if a bunch of Hollywood Foreign Press Association members went to the premiere on Dec. 10, and then traveled back in time to adjust their nomination ballots before the Dec. 9 cutoff.

Well, I suppose there’s always next year's Globes— Oh, wait. I almost forgot about the Jan. 1 through Dec. 31 thing. I guess that means Rogue One will just have to cross its fingers for the Oscars.