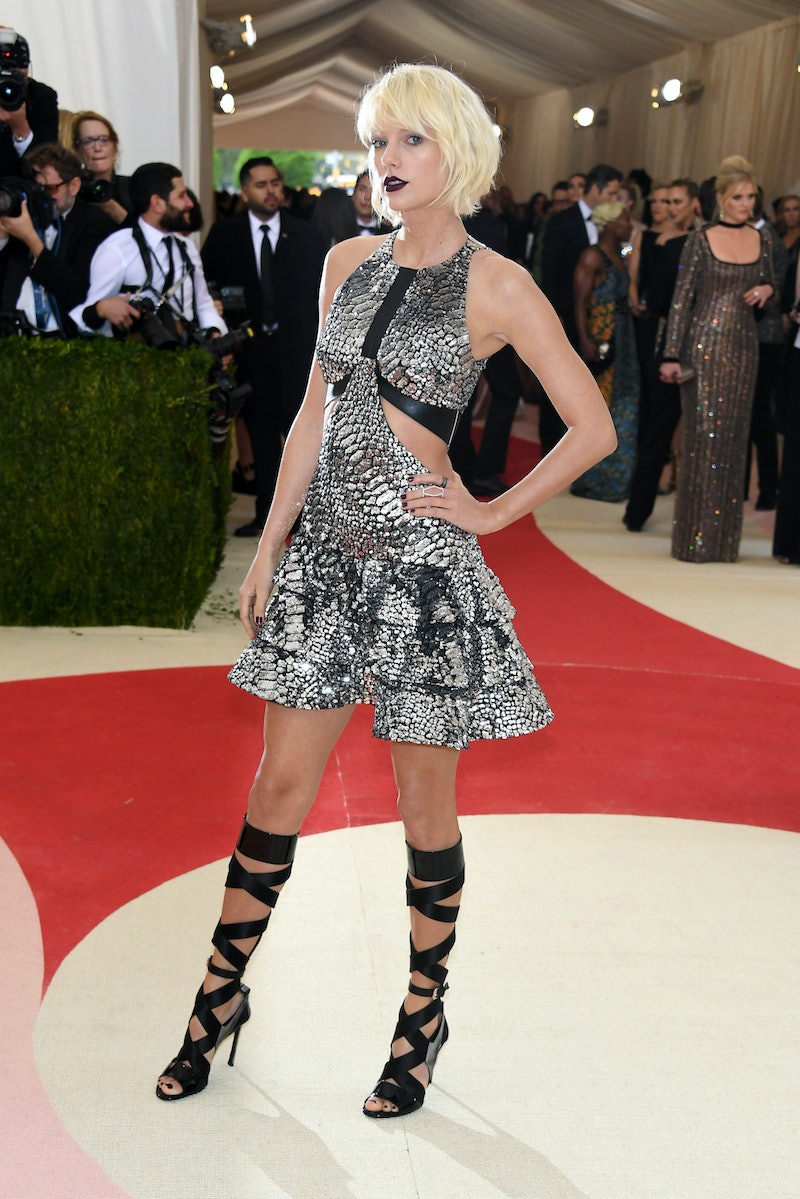 From co-chair in 2016 to no-show in 2017. Taylor Swift was a mix of futuristic, punk rock, and goth at the 2016 Met Gala, an event which she co-chaired. The singer rocked a messy, platinum blonde bob, paired with deep, berry lipstick, and a short, silver, and sparkly dress with a tiered skirt, which was a stark and edgy contrast to the elegant gowns of the evening. She finished off her look with strappy, knee-high boots. Of course, her 2016 outfit had fans speculating how she would follow it up in 2017. But alas, Swift was a no-show for the 2017 event. How come?

First, can we all just agree that we are disappointed that T. Swizzle didn't hit the red carpet for a surprise appearance at the Met Gala, since she has been a bit reclusive and off the pop culture radar for most of this year?

I, for one, was eagerly anticipating Swift's 2017 Met Gala gown. I wondered if she would go opposite of her 2016 look and return to form, opting for a more glamorous and delicate look. I also half-expected her to surprise both fans and fashion watchers and throw us all for a loop by doing something unexpected with her ensemble.

As stated, Swift has been laying low for much of 2017. There's been hardly any paparazzi action, no dating drama involving English actors, and not a lot of Instagram activity, either.

Perhaps the singer was MIA at the Met Gala since she was holed up, working on the follow up to the massively successful 1989? There's a lot riding on her next effort, so she could be focusing on the task at hand and therefore avoiding the spotlight and focusing on the most important thing — her next album.

T. Swift, we were hoping you'd make up for lost fashion time.

More like this
Taylor Swift’s *Bejeweled* Take On The Sheer Dress Trend Is A Winner
By El Hunt
Twitter Can’t Get Enough Of Lewis Capaldi Creating Fashion Looks For ASOS
By El Hunt
56 Taylor Swift & Jack Antonoff Collaborations, Ranked
By Jake Viswanath
Stormzy Was The Ultimate Fanboy When He Met Taylor Swift
By Sophie McEvoy
Get Even More From Bustle — Sign Up For The Newsletter