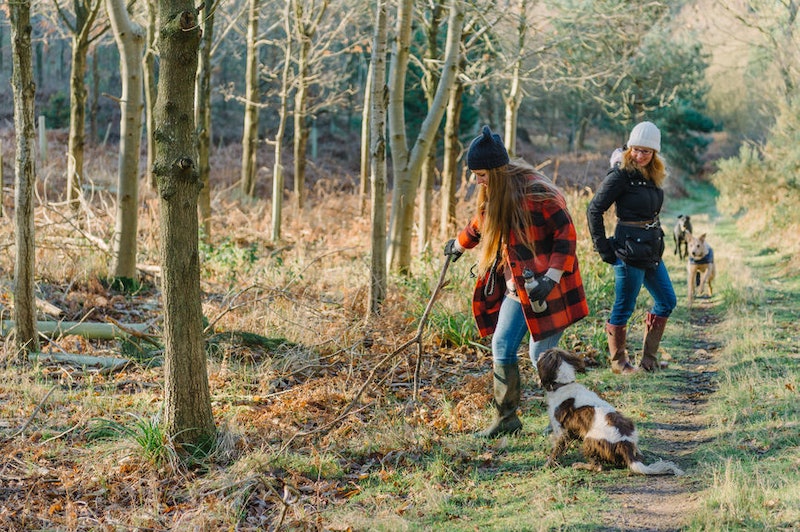 Climate change is a hot topic right now, and rightly so. It might seem obvious, but trees could be the answer to a better, cleaner Britain. If you paid attention in biology class, you may remember learning about photosynthesis. Essentially plants absorb carbon dioxide and release oxygen, making them perfect for cleaner air and combating climate change. That is exactly why we need to plant more trees in the UK, and there's a number of ways to do so.

According to The Committee on Climate Change (CCC), the UK would have to plant more than double the new trees that were planted last year. Around 30,000 hectares of woodland should be planted every year. The government have committed to reducing emissions in the UK by 2050 and in order to do so, the CCC have estimated that woodland has to increase to 17% of land, it currently stands at 13%.

Lord Deben, CCC Chairman, said it's time for the government to take these responsibilities seriously:

“The UK is the first major economy to set a net-zero emissions target and intends to host the world’s leaders at next year’s landmark climate conference (COP26). These are historic steps forward and position the UK at the forefront of the global low-carbon transition. But international ambition does not deliver domestic action. It’s time for the Government to show it takes its responsibilities seriously. Reducing emissions to net zero by 2050, requires real action by Government now.”

According to CCC report, if carbon emissions aren't reduced, the UK could suffer with "risks of flooding, extreme heat and coastal erosion. Heat waves such as in summer 2018 created wildfires and impacted on agricultural output. The UK winter floods of 2013/14 were made more likely by climate change and caused an estimated £450 million in insured losses. These risks will increase in the future, but can be limited by global emissions reduction."

Other countries around the world are also taking planting trees seriously. Ethiopia, in East Africa has broken tree planting records, after a project lead by Prime Minister Abiy Ahmed saw more than 350 million trees planted in just one day, as BBC News reports.

There are a number of initiatives encouraging tree planting in the UK. The government have released a £10 million fund that will see 130,000 trees planted in towns and cities in England. Late last year, London Gov offered 49,000 free trees to individuals, schools, and community groups, and the capital had its biggest ever tree planting weekend. They also offer advice on how to purchase and plant trees.

The Woodland Trust provide UK sourced and grown saplings that reduce any risks risk of pests and disease. The conservation charity say: "Trees clean our air, they purify our soil and they nurture rare species. We'd be lost without them. But they are under threat. The UK is one of the least wooded countries in Europe. And every day, more woodland is lost." The Woodland Trust also offer trees to schools and communities, for individuals to purchase, and trees for farmers and landowners, making it even easier for more trees to be planted.