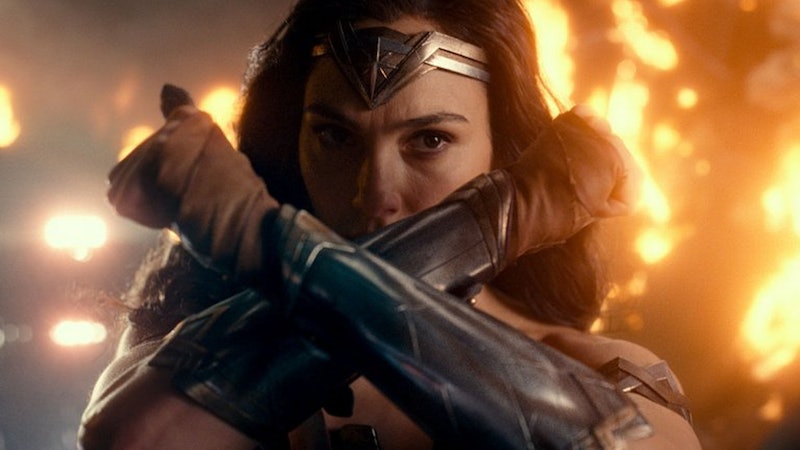 The first teaser poster for Wonder Woman 1984 was released on June 5 and it has sent fans wild. Director Patty Jenkins shared the image of Gal Gadot in all her fierce glory a year ahead of the films release. The debut of Wonder Woman in 2017 was fairly iconic. To see a female led superhero sell out the box office was so exciting. However, Wonder Woman is so much more important as a character than being a powerful female lead. Here's why Wonder Woman is the queer superhero that 2019 needs.

A writer who worked on the comics has always been explicitly clear that the character is not straight and, considering she lived on an island of Amazonian women and no men, it makes sense that Wonder Woman has had encounters with women before.

Fans have been questioning what's to come in Wonder Woman 1984 since Wonder Woman exploded onto cinema screens in 2017. I don’t remember the last time I was so excited about a film. It's pure escapism.Wonder Woman felt like a breakthrough in the DC films. Not only is Gal Gadot incredibly powerful as Diana, but Greg Rucka, who worked on Wonder Woman for DC Comics throughout the 2000s, revealed that the character is also undeniably queer.

Speaking candidly in an interview with Comicosity about the queer narrative in Wonder Woman, Rucka said, “by our standards where I am standing of 2016, Themyscira is a queer culture. I’m not hedging that.” However, Rucka stated that representation at the expense of good writing and character development was avoided at all cost.

The idea behind Diana’s community — Themyscira — being queer will blow your mind. Rucka explained in the interview, “it’s supposed to be paradise. You’re supposed to be able to live happily. You’re supposed to be able — in a context where one can live happily, and part of what an individual needs for that happiness is to have a partner — to have a fulfilling, romantic and sexual relationship. And the only options are women. But an Amazon doesn’t look at another Amazon and say, “You’re gay.” They don’t. The concept doesn’t exist.”

Rather than making Diana’s sexuality a central feature of her character it's just a given that she isn’t heterosexual considering where she's come from. Presenting her as a strong, queer woman is powerful because she isn’t written as a queer superhero, she is simply a superhero. There's so much more to her. It highlights that queer characters can be written in such a way that they represent the LGBTQ+ community but are so much more than just their sexual identity. She is a three dimensional character.

When it comes down to it, Wonder Woman’s sexuality is one of the least interesting things about her. She has superpowers. She saves the world. She wears that iconic suit. However, the fact that people can go to the cinema and see a superhero film with a queer female lead sell out the box office is so important. There is a need for mainstream films with complex, queer characters and if I get to feel a little bit represented while watching Gal Gadot kick ass then you absolutely have my vote.