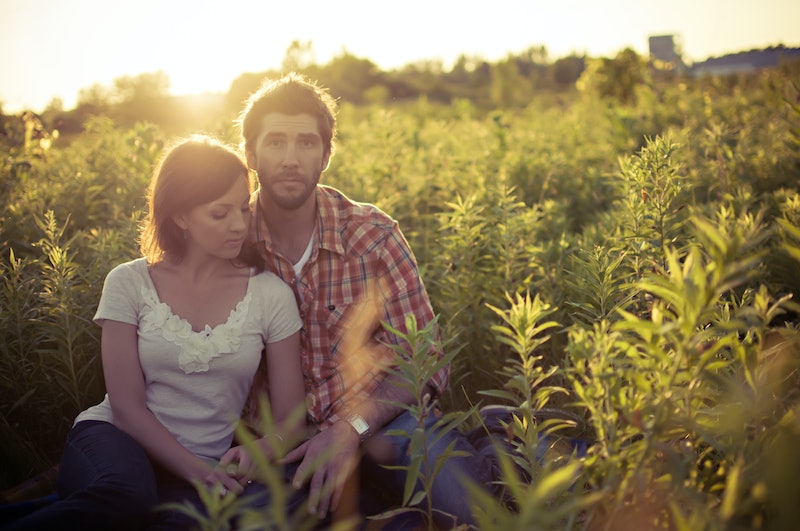 Rejection isn't easy and sometimes it can feel like turning someone down can be harder than actually being rejected yourself. So when it comes to dating (or kinda, sorta dating), Millennials in particular, have found alternative ways to break things off with people they're kinda sorta seeing, like pulling slow fades, like breadcrumbing, or just pulling away entirely without a word aka ghosting.

While a big argument for ghosting versus telling someone you're not feeling it is that you don't want to hurt their feelings by straight up rejecting them, a study published in the Personality and Social Psychology Bulletin, found a very good reason for why you really shouldn't do this. Ever. Being told "no" is better on a person's emotional wellbeing than being ignored. So not only are you communicating poorly when you ghost or lead someone on, you're actually making things worse for them, too.

"It takes strong integrity to face someone and tell them that they are not what you're looking for in a relationship," certified, international dating and relationship expert, Megan Weks tells Bustle. "Sometimes it’s easier to be the one being ghosted than to let someone down."

Psychologists from the University of Basel and Purdue University conducted a series of experiments to discover how people felt after being socially excluded and how receiving the minimum amount of attention after the fact affected them. In one experiment, participants were told to take part in a virtual ball-throwing game. While most participants were given a chance to receive the ball, a select few weren't. In another experiment, participants were told to go on a fictitious search for an apartment. While all participants were given a rejection, some were given an accompanying message that was either neutral, pleasant, or unfriendly. All experiments conducted involved some kind of social exclusion followed by signs of reintegration through little bits of attention. Here's what the study found about rejection and self-esteem:

More like this
Help! My Partner Only Wants Sex Late At Night & Won’t Compromise
By Sophia Benoit
15 Flirty "Thinking Of You" Texts That’ll Make Your Crush’s Day
By Lexi Inks
The “Rules For Dating” TikTok Trend, Explained
By Lexi Inks
16 Ways To Jazz Up Your Tinder Bio This Year
By Lexi Inks
Get Even More From Bustle — Sign Up For The Newsletter