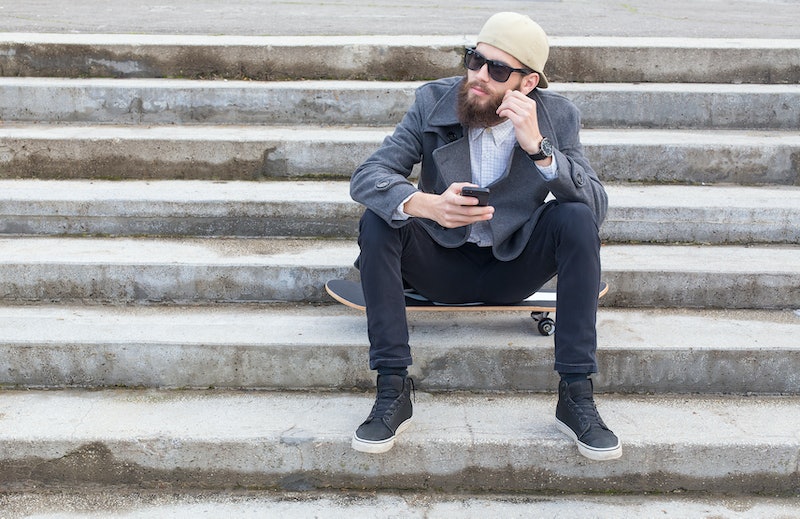 In case you've somehow been fortunate enough not to hear about the phenomenon known as "ghosting," allow me to enlighten you. Ghosting refers to the process of freezing out a potential romantic interest by ignoring them until they get the hint. But why do guys ghost?

Ghosting can be done on many different levels, from a first date that you weren't that into to someone you've been dating for months or even years. Since ghosting is somewhat of a new phenomenon, made possible thanks to the fact that most of our communication is now electronic, the jury is still out on just how bad it actually is. Some daters would prefer silence over a tired out, "I had a great time but I'm not interested in seeing you again" text message, while others insist that if you've spent a night out with someone, you owe them at least a text saying you're not interested in another date.

To ghost, or not to ghost — that is the question that these 10 guys were faced with when they wanted to stop seeing their potential love interests. Your stance on ghosting just might be swayed after reading what I found out from the dudes who admitted to doing it. Read on for their reasoning behind freezing out their dates.

"I ghosted because the truth was simply too complicated. I was a coward, but I thought I was being diplomatic in that I left because I was in no way interested in giving her what she wanted. I was wrong, and while I regret the action, I don't regret the choice."

"It was only a first date. Plus I had met the girl on Tinder. I just assumed that she's used to things ending like that. I know I am."

"I tried to text her, I really did. But nothing that I typed sounded right. I didn't want to make her feel bad by telling her that I didn't want to keep seeing her. I figured saying nothing would just be easier for both of us."

"I had been on three dates with this girl. We had a good time together, but I wanted to see what else was out there. So I slowly stopped responding, then finally stopped all together. I wanted to keep that door open, so that's why I ghosted her."

"Things just got too serious too quickly. I didn't know how to tell her that I couldn't give her what she wanted (a serious relationship) without sounding like a total dick. Ghosting is a dick move, but me basically telling her that all I wanted from her was a hookup would have been worse."

"I googled her and found her Tumblr where she had written in detail about the sex we had. I couldn't tell her that I googled her, and I couldn't see her again after knowing she was putting our private life on blast. The solution? Ghosting."

"It sounds stupid, but I have been ghosted so many times by girls that when I saw an opportunity to do so with a girl I wasn't interested in seeing again I just figured it was the thing to do."

"She got too needy. We had been out a handful of times, and when I wouldn't respond to her texts for a few hours she would accuse me of the craziest stuff and text some pretty harsh things to me. Finally I was on a six-hour work flight and landed to find over a dozen hate texts from her. I didn't even dignify her with a response. In fact, I blocked her number."

"I had other options I was exploring, and just wanted to put her on hold for a few weeks to figure things out. But then I went with another one of those options (we're still together actually) and so I ended up ghosting her in the long run."

"I went out with a girl who was six years younger than me that I matched with. She seemed fine via text and not too young at all, but our date proved otherwise. I felt pretty sure that she'd blast me and try and argue if I told her I didn't want to see her again because of her age. So I just never wrote back."