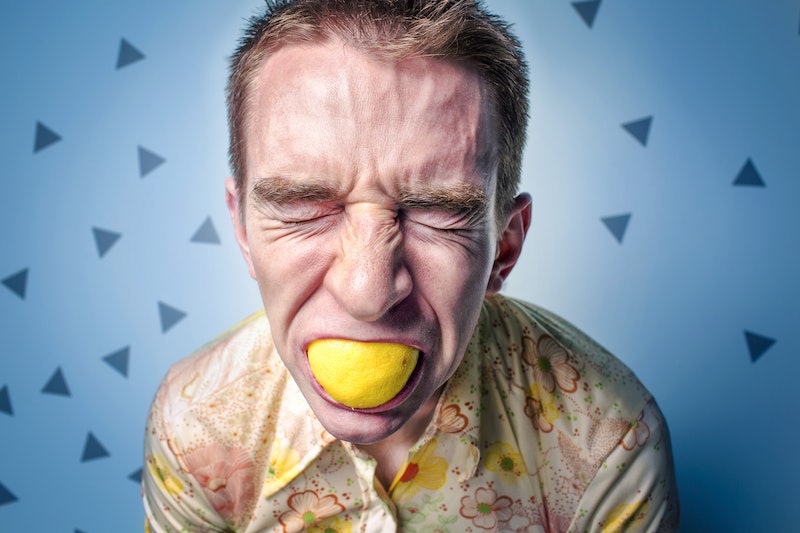 Ever tried escargot — a staple of French cuisine that is, essentially, snails served with butter and sauce? If you haven't, today might be the day to give it a whirl — it's National Escargot Day, the holiday dedicated to this very divisive snack. However, if the idea of eating a snail puts you on the edge of a dry heave, I have some news for you: you're experiencing food disgust — and you can actually do something to change that (note: if you're down with escargot, you can replace it in this discussion with frog legs, mayonnaise, fish eggs, yogurt, jerky, maggot-infested cheese, or any other food that turns your stomach a bit).

Of course, you may be asking yourself a thoroughly sensible question right now: "Why would I want to get over my disgust for a thoroughly disgusting food? I'm HAPPY not eating foods that I find disgusting." Well, while our impulse is usually to stay away from things that induce disgust, there may be hidden values in taking the plunge and holding your nose when it comes to food. Eating foods we think are gross can make us healthier — and even impact our larger worldview.

Human disgust is an evolved response that is designed to keep us safe. We feel repulsion towards foods that our brains read as potentially dangerous. Because humans are omnivorous, disgust acts as a protective mechanism, stopping us from putting whatever we like into our mouths and causing ourselves serious harm. Disgust of all kinds, according to some researchers, is rooted in our response to food; feeling disgust for, say, a soiled floor or a smell of vomit elicits the "core" responses of nausea and a gaping mouth that come with facing disgusting foodstuffs. But if a food isn't going to make us ill or cause us problems, are there still good reasons to shield ourselves from it — or does the science indicate that, perhaps, a little adventurousness with texture and taboo might be a good idea?