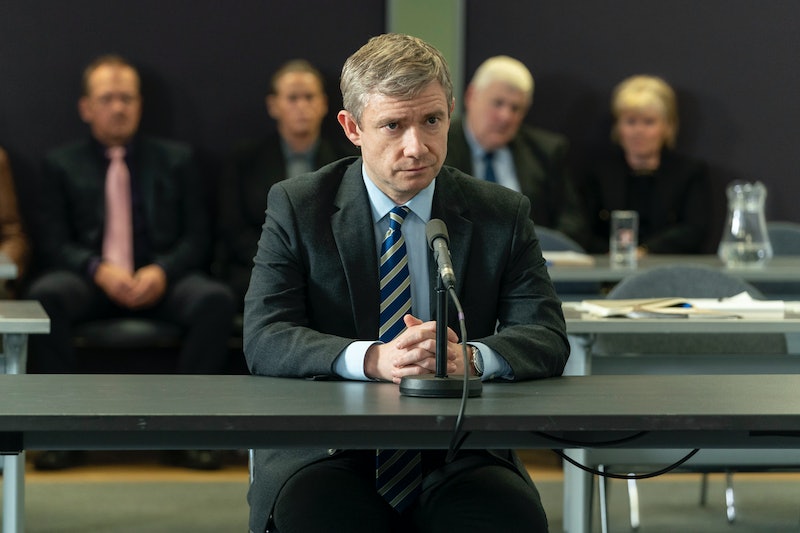 ITV's true crime drama A Confession has captivated viewers for the past few weeks, depicting the real investigation into the disappearance and murder of Sian O’Callaghan. The dramatisation follows Senior Investigative Officer Steve Fulcher (played by Martin Freeman), as he examines the case and the controversial means in which he did so. But as the series concludes tonight (Oct. 7), will A Confession return for a season 2?

I reached out to an ITV spokesperson regarding this, and they say that as the "drama is a true crime [...] it is a self-contained story and was never commissioned, written or produced to go beyond one series." This way, the story can be refined and fit within a strict narrative, creating a much more impactful watch.

The same can be said for a limited series such as Sky Atlantic/HBO's Chernobyl. Also based on a real event and aired as a five-part limited series, the show's creator is adamant that, despite its success, there will not be a second season either. "We will not be doing that," creator Craig Mazin told Deadline. "We told a story of a place in time and we did it pretty darn well, and it's time to start thinking about other places and other times... whatever we look at, whether it's fiction or based on history, it's relevant to who we are now and what we're facing."

Jeff Pope, creator and writer of A Confession, has similar sentiments in depicting a past event that can pose questions and thoughts in the viewer's minds as they're watching. "It's a real moral conundrum. What do we want police officers to do? How do we want them to be motivated? But there's the law," Pope explained to HMV.com.

"Something went wrong between those things and could go wrong again. It's not like it's resolved. Fulcher told me about officers being in a similar situation and erring on the side of caution so they don't lose their careers, like he did."

Spreading out these sorts of questions over three or four series can be exasperating, and can often leave the series losing site of what it was meant to represent in the first place. In A Confession's case, six episodes was enough for Pope to start viewers talking and continuing to think about the issues raised over its run. "I've tried to set out what happened. This drama isn't a plea for Steve Fulcher. I want to start a debate, but I've not come down on one side of it."

The writer added: "People say to me, 'Why did you make it as a drama? Why not just do a documentary?'. The key reason is emotion. You can do that in a drama, you can show what people are going through, rather than just sticking to the facts of what happened."

"The task is to ride both horses. You have to be accurate, I don't make things up to make it work as a drama, but you do have to make allowances. That case probably had 60 officers working on it and you have to boil that down to half a dozen. An audience can understand that."