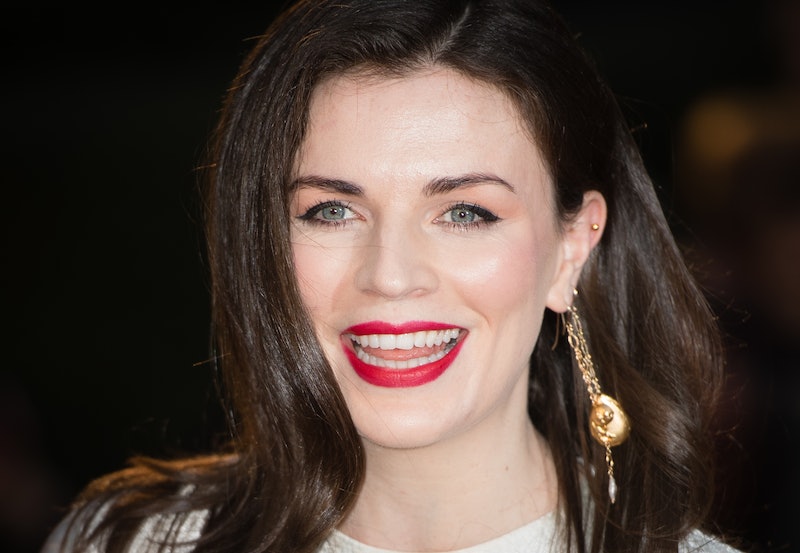 Since watching her Netflix special and regular appearances on 8 Out Of 10 Cats Does Countdown, Aisling Bea has quickly become one of my favourite comedians. Her combination of dry wit and impeccable timing have had me in stitches more times than I can count, but recently she's been showing off her acting chops. In the summer of 2019, Bea wrote and acted in her own Channel 4 series This Way Up, and went on to star opposite Paul Rudd in the Netflix series Living With Yourself. Safe to say she's been pretty busy, but will Aisling Bea tour in 2020?

Well, it’s not looking likely. A rep for Bea told me that there are currently “no plans on [this] front”. Another said that “at the moment Aisling is focusing on her TV and writing commitments.” She’s also doing a lot of press for Living With Yourself at the moment, which may overrun into next year. Bea's website suggests fans keep a close eye on the comedian's Twitter and Instagram for announcements of "smaller gigs around the world." Roger that.

However, Bea does has a live date lined up at the end of this week – sort of. The Irish star will be appearing at Stylist Live LUXE on Friday (Nov. 8) with a talked called "The World According to Aisling." There isn’t much info on what this talk will include, but it’s sure to be hilariously insightful.

Even though Bea’s currently focusing on her acting and writing, she’s still a comedian at heart. “Oh, I hope to never not be a stand-up,” she told the Evening Standard in October 2019. “I hope to be Joan Rivers’s age and die on stage.” And, ever the multi-tasker, it turns out she was actually performing stand-up at the same time as filming Living With Yourself. “I was like, ‘Don’t worry! This won’t affect my mental health at all!’ Cut to me in my flat at Christmas, crying over a Chinese.” I can't wait to see Bea on tour again, but I hope she has a well-earned rest ebfore.

More like this
Darren Harriott Is Keeping His Love Life Away From The Spotlight
By Darshita Goyal
'Abbott Elementary' Fans Probably Missed This 'Parent Trap' Easter Egg
By Sam Ramsden
Parminder Nagra Definitely Relates To Her 'Maternal' Character
By Maxine Harrison
Daryl McCormack Has A Very Special Lady In His Life
By El Hunt
Get The Very Best Of Bustle/UK
Sign up for Bustle UK's twice-weekly newsletter, featuring the latest must-watch TV, moving personal stories, and expert advice on the hottest viral buys.

This article was originally published on November 5, 2019