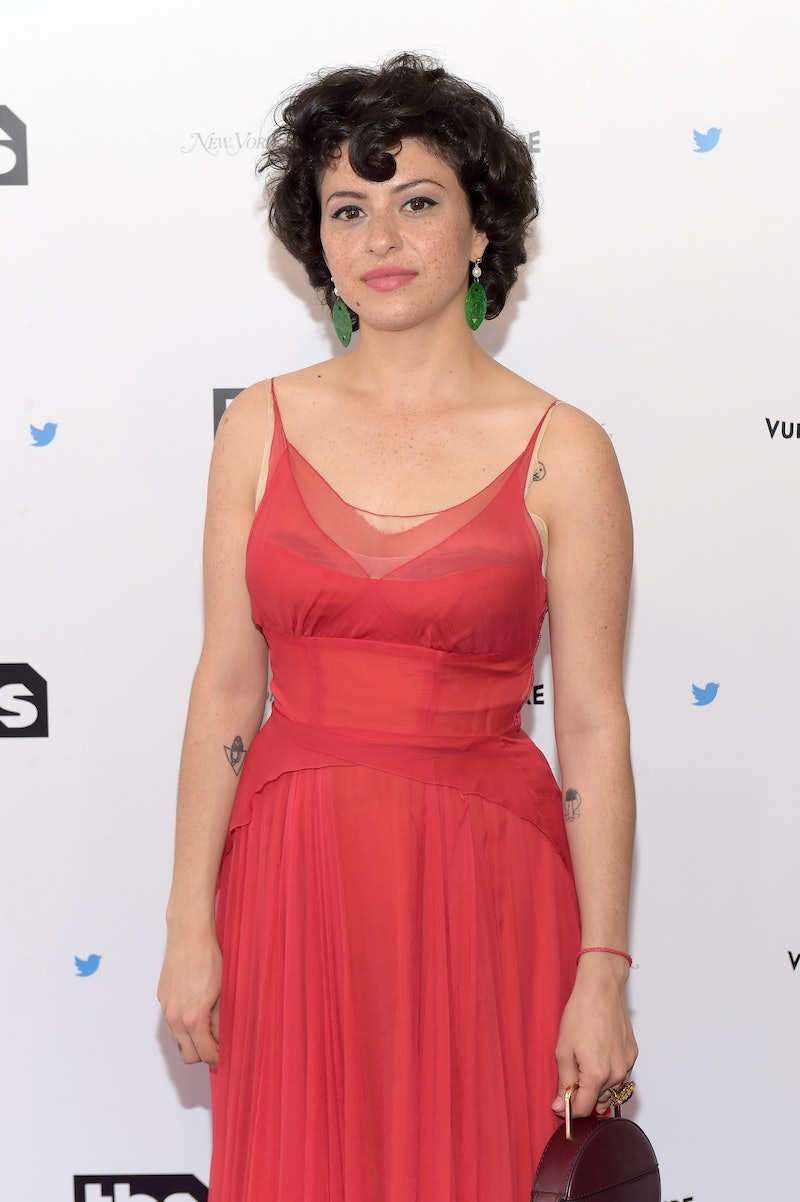 During what seemed like an otherwise calm weekend, Jason Bateman suddenly sent fans into a frenzy. On Saturday, the actor seemingly confirmed Arrested Development Season 5 is happening, and he's already on board. Naturally, fans were left wondering where the rest of the cast stood on this. While I was at the Paint It Black premiere on Monday night, whether or not Alia Shawkat is joining Arrested Development Season 5 was at the forefront of my mind. And tying in perfectly with her character name, the answer is a solid Maeby — sorry, I mean, maybe.

"Yeah, I'm on board... if it happens," Shawkat says, as if being cautious not to say too much. "I never know anything is really set until we're halfway through shooting, and I'm like, 'I think this is gonna air.'"

As for Bateman apparently spilling the beans, she appears to tease her co-star: "I recommend he stop tweeting. He's too old for that sh*t." It's unclear whether she's just joking, or if Michael Bluth wasn't supposed to announce the next season just yet — but what's done is done. And at least fans don't have to wring their hands wondering whether or not the most responsible member of the Bluth family will be there to keep them all in line, if, of course, they're all coming back.

For now, it seems like Shawkat isn't 100 percent confirming her involvement, but she definitely doesn't seem opposed to it. "That's kind of the fun of Arrested Development," she explains. "The fact that people ask about it 10 years after we wrapped the first three [seasons], is like, mind-blowing. I don't think any of us would've believed it." And it's for that very reason — the fan adoration — that she adds, "I'm always like, yeah, let's do it."

So, you hear that? Just like how there's always money in the banana stand, Shawkat is always down for more episodes. Now it's just up to the powers at be (ahem, Netflix) to make things official. Here's hoping the rest of the cast members have the same optimistic attitude. Looking at you, Michael Cera, Portia de Rossi, and Jeffrey Tambor.