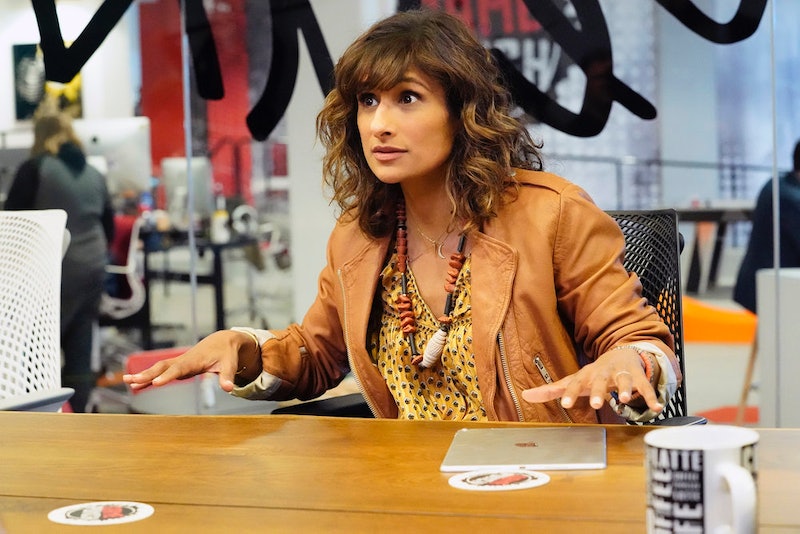 I Feel Bad makes its debut on NBC on Sept 19, chronicling the misadventures of Emet, played by Sarayu Blue, as she, well, tries to not feel bad. The cast is filled with a selection of experienced performers, but no name on the show's credits shines as brightly as Amy Poehler. The Saturday Night Live and Parks & Recreation star is the show's executive producer, meanings she's involved in the behind-the-scenes aspects of the show, but isn't going to be appearing on camera regularly. However, fans can expect Amy Poehler to guest star on I Feel Bad at some point, as she has a tendency to guest star on shows that she produces.

While Poehler is most known for her own comedic roles, she has also made a name for herself as a producer of television comedy shows. While she has a major onscreen role in some of her notable television projects, such as Parks & Rec, The UCB Show, and NBC's craft competition Making It, she also produces shows that grants platforms to the show's other performers.

While she may not have starring roles in all of the shows she self-produces, Amy Poehler has made a habit of lending her star power to the shows she produces, and often ends up being one of the show's most memorable roles. If Amy Poehler does stop by I Feel Bad, expect the star to play a short-lived but memorable role like her previous performances.

While Broad City may seem ubiquitous now, Amy Poehler's involvement as executive producer helped the show launch on Comedy Central before it became a hit. Poehler stopped by the Season 1 finale to play a frustrated chef who digs into the waiter serving Abbi and Illana during a night out.

Despite being a show filled to the brim with familiar famous faces and cameos from notable comedic talebt, the irreverent satire Difficult People goes for two full seasons without a cameo from executive producer Amy Poehler. She managed to get in in the nick of time, however, stopping by in the show's third and final season to appear as the pushy hippie "Flute."