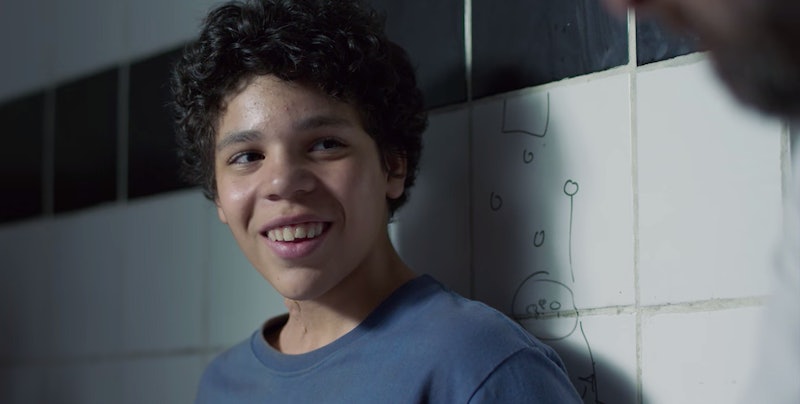 The name Carlos Tevez may not elicit a strong reaction among American viewers, but for Argentinian soccer fans (or really, all soccer fans), he's a bona fide icon. Netflix's new eight-part drama, Apache: The Life Of Carlos Tevez, traces his rise from Argentina's gritty Fuerte Apache neighborhood to international soccer stardom. It's too early to say if Apache will return for Season 2, but considering the real Tevez is only 35, there's certainly more of his life to cover — he just has to live more of it first.

Apache begins by chronicling the early years of Tevez, who earned the nickname El Apache while living in the Fuerte Apache neighborhood in Ciudadela of the Buenos Aires Province of Argentina. After discovering a love for soccer at a young age, he began playing professionally for the Boca Juniors out of La Boca, Buenos Aires, per CBC Sports. After four years in Argentina, he started getting traded around to various international teams, including Corinthians in Brazil, West Ham United and Manchester United in England, Juventus in Italy, and China's Shanghai Shenhua. He rejoined the Boca Juniors for the 2015 and 2016 seasons, had a one year stint back on the Shanghai Shenhua, then returned to the Juniors, for whom he currently plays.

According to Conmebol Libertadores, Tevez has won 23 trophies, including 18 domestic titles and five continental ones, throughout his 17-year career. He also earned a gold medal at the Athens Olympics as part of the Argentina national male soccer team. But while his adult life has been defined by success in soccer, his childhood was spent simply trying to survive.

"My whole childhood was hard," Tevez told FIFA in 2014. "I lived in a place where drugs and murder were part of everyday life. Experiencing difficult things, even as a very young kid, means you grow up quickly. I think that enables everyone to choose their own path and not just accept the one others have taken before you, and I went my own way." But, he added to Ronaldo.com, "It was hard but we were happy. Always playing with a ball in the streets."

Apache seems to capture that balance, following a young Tevez (played by Balthazar Murillo) navigating difficult circumstances while pursuing his growing love for soccer. Tevez himself has been heavily involved in the production, visiting the set and getting to know the directors and writers, as well as star Murillo. "I want to hug him every time I see [him,]" Tevez told Clarín of the actor. "I guess it shouldn't be easy to act and play Tevez. When I come, I try to make jokes for him."

It's unclear how much of Tevez's life Apache covers in the first season, but considering he's an accomplished player who has played all over the world, there are surely plenty more stories from Tevez's life that could provide material for future seasons. For now, viewers will just have to keep their fingers crossed that Netflix decides to renew the show.