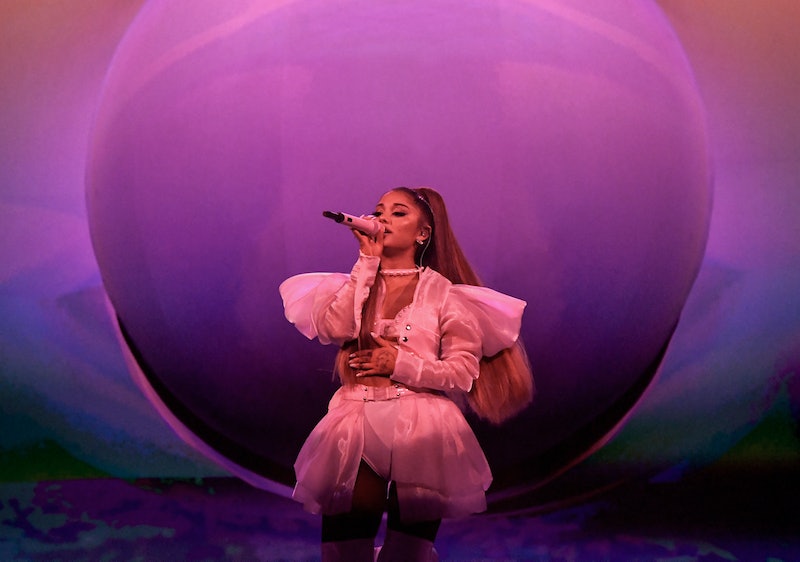 Although she's leading in nominations alongside Billie Eilish, Ariana Grande will not attend the American Music Awards this year. It's not because she's beefing with a producer like she was before skipping the 2019 Grammys. She won't be there because she's on the road completing the final leg of her "Sweetener" tour — if she can perform, that is.

The pop singer recently cancelled her Nov. 17 show in Lexington, Kentucky due to illness and all tickets were refunded at point of purchase. "Okay, so I woke up kind of 10 times worse and it hurts so bad to swallow," she shared on her Instagram Story. "I'm not really sure what's going on, but I unfortunately don't think I will be able to push through tonight and I'm so upset and sorry."

She continued her remorse on Twitter. "it sucks feeling like absolute sh*t but it sucks way more to not be with u all," she wrote. "u mean the world. i hope u truly know. love u." Despite sounding congested and raspy in the video that cancelled her show, she somehow pushed through and performed her Nov. 19 set in Atlanta, where she even surprised fans with an impromptu Victorious reunion and met up with Bernie Sanders.

A fan on Twitter asked her to promise that she would rest if if she still felt bad after the show. "deal. promise. thank u for caring," she responded. So far, she hasn't made any further cancellations, which hopefully means she's feeling better and will stay healthy for her Miami, Florida show at American Airlines Arena that's scheduled for Nov. 27, the night of the AMAs.

Despite not being able to attend, she still has a really good chance of taking home an award. According to The Hollywood Reporter, the "Thank U, Next" singer is up for Artist of the Year, Tour of the Year, Favorite Music Video, Favorite Social Artist, Favorite Female Artist, and Favorite Album - Pop/Rock.