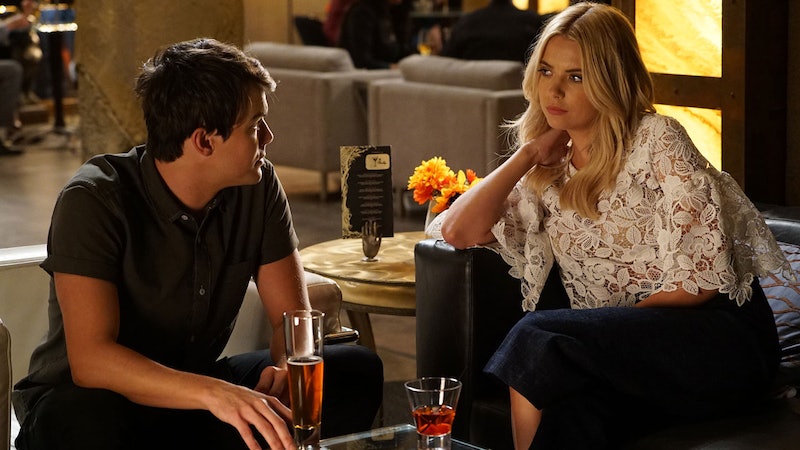 Pretty Little Liars may be dead and buried (much like many of the characters on the show), however, its new spinoff, titled Pretty Little Liars: The Perfectionists is making a solid effort to link itself to its predecessor. Both Janel Parrish and Sasha Pieterse have returned to reprise their iconic roles as Mona Vanderwaal and Alison DiLaurentis, respectively, but what about the other members of the Liar gang? Will Ashley Benson be in The Perfectionists at some point down the line as well? The good news is that Benson — who played Hanna Marin during the original series' run — will definitely be involved in the PLL spinoff, though not in the way you would necessarily think.

Back in August 2018, Benson revealed during an interview with Elite Daily that she would be making her directorial debut on The Perfectionists and was very excited about the opportunity to work behind the camera rather than in front of it. “It’s going to be my first time directing; I’m very excited,” Benson told the outlet. “Marlene King is like my family. I talk to her almost every day. She’s just given me this amazing opportunity to direct my first episode. So, I’m very excited.”

Obviously, this is a great opportunity for Benson and something fans will undoubtedly be eager to see in action. However, does this mean they should also completely rule out the possibility of her making a special cameo appearance as Hanna in the near future? Not necessarily. It's definitely something Benson would consider if asked.

"I think I’m going to start out directing it and seeing what it’s all about," Benson continued during the same Elite Daily interview. "I mean, I would do anything for Marlene, so yeah, I think I would go with that." That certainly sounds promising, which means viewers should keep an eye out in case any recognizable characters decide to pop up in Beacon Heights.

And even though the town and storylines are totally different, Benson was eager to reunite with some of her cast members, knowing she'd feel much more at ease trying her hand at directing with the people she loves most around for support. "That will just make it easier. I feel like everyone's going to be very supportive and helpful, especially since it is my first time [directing]," Benson said during an interview with People TV. "It's going to be fun to be back with my old family."

Naturally, it would be great to see Benson's expertise extend to both behind and in front of the screen. (And hey, we wouldn't exactly say no to a Caleb appearance either or at least an update on how they've been doing.) But regardless of how it all plays out, it's comforting to know that, no matter what, she'll still be part of the series in some way. It may not be the same thing as a full-fledged Pretty Little Liars revival or movie, but that being said, we can all probably agree it's the next best thing.

More like this
Nicola Coughlan Shared A Lady Whistledown Excerpt From ‘Bridgerton’ Season 3
By Grace Wehniainen, Alyssa Lapid and Sam Ramsden
The 'Bachelor In Paradise' Schedule Shifts To 4 Hours Every Week After The Season 8 Premiere
By Brad Witter
Are Brandon & Serene Still Together After 'Bachelor In Paradise'?
By Kadin Burnett
'House of the Dragon' Episode 7 Might Mark The End Of House Velaryon
By Kadin Burnett
Get Even More From Bustle — Sign Up For The Newsletter