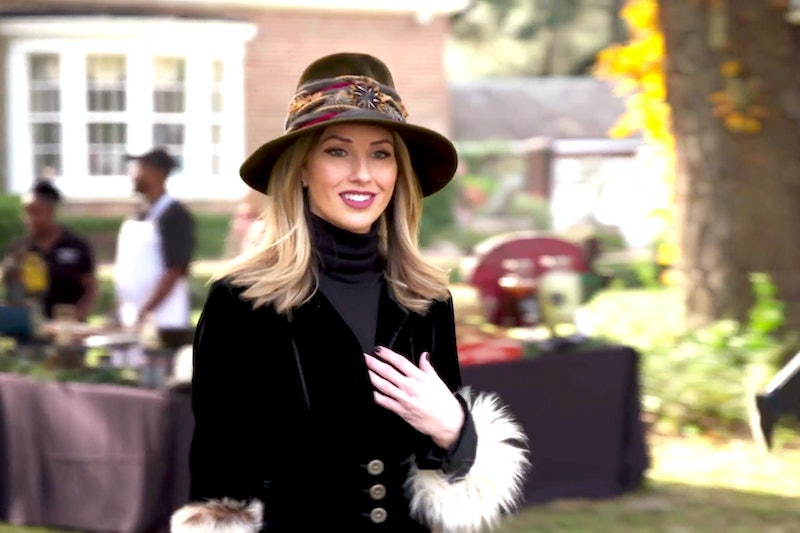 Season 5 of Southern Charm was all about Ashley Jacobs vs. Kathryn Dennis. Even though Ashley and Thomas Ravenel split up and he was no longer a cast member, she managed to pop up on Season 6, much to everyone's annoyance. It's tough not to wonder if Ashley will be at the Southern Charm Season 6 reunion. After all, she did cause quite the commotion with all of her cameo appearances.

In essence, Eliza Limehouse's role this season was to tell Ashley not to attend events, all while giving her all of the pertinent information she would need to crash just in case she wanted to. Why wouldn't she show up for the reunion?

According to episode descriptions on the Bravo website, the Season 6 reunion is in two parts. Part 1 airs on Aug. 21 and the season will conclude with Part 2 on Aug. 28. Aside from confirming the dates, there are also episode descriptions with the topics discussed in each one and Ashley is not in any of those descriptions. For this reason, it's safe to assume that she will not appear given that every other single Ashley sighting has been highly hyped with preview clips. Why wouldn't Bravo want to at least hint that Ashley would be around? It just doesn't add up.

Additionally, what would be the point of Ashley showing up? She doesn't have relationships with the cast members, except for Eliza, who barely appears on the show. Not only that, but Ashley doesn't even live in Charleston anymore. Why would she need to tie up loose ends with people that she (probably) won't see again?

In a May 15 Instagram post, Ashley shared that she packed up her life in Charleston and moved back to Santa Barbara, California. And, actually, she was out of South Carolina for a little while before that Instagram post.

Ashley shared a photo of a two license plates and captioned it with "Thanks for the life lessons South Carolina but I’m goin’ back to my roots! #CaliforniaGirl Side note: I moved back to CA in February." Yes, Ashley could have flown from California to tape the reunion in New York City, but it doesn't seem like she did, based on social media.

Ashley was not at that party, which makes sense, but it's not because she went back to her New York hotel room after filming the reunion. Instead, Ashley shared a photo from an event at the Santa Barbara Zoo on Aug. 1. And, no, it wasn't a latergram. The Santa Barbara Zoo website confirms that the event took place on Aug. 1.

Unless Ashley showed up via video call, she was not on set for that New York City reunion taping. It seems like the Ashley-era is truly over. Finally.