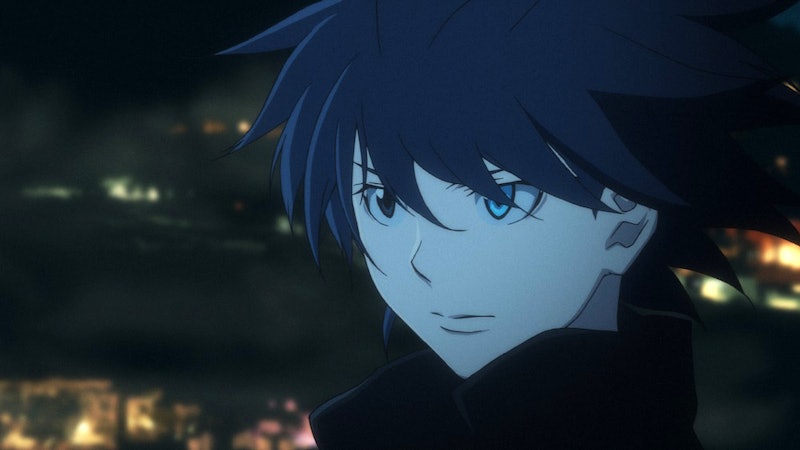 B: The Beginning's Mar. 2 arrival on Netflix will likely be an exciting moment for anime fans wishing for more easily accessible content to devour. Those looking to get their anime fix will probably burn through it quickly, so will B: The Beginning have a Season 2? Unfortunately, there's no word yet on if Netflix will order more episodes of the show.

Variety reported that the original batch of B: The Beginning will consist of 12 episodes. And there's some seriously iconic talent behind the series. Producer Kazuto Nakazawa was the animation director for Kill Bill, a film in which one of the most dazzling scenes was a result of outstanding animation. So a renewal wouldn't be altogether surprising.

B: The Beginning isn't the only anime content that's hitting Netflix, or that has appeared on the menu in recent months. In the same press release that announced that show, Netflix also revealed plans for a whopping 11 other anime or anime-related programs for the months to come. ComicBook.com also reports that Netflix plans to add a total of 30 new anime programs in the year 2018. Many — if not all — of these will be original programming, and The Verge reported in October that this is all part of a plan for Netflix to have 50 percent original programming on its service by the end of 2018. Given that goal, it wouldn't be surprising if B: The Beginning continued on to a second season in the hopes of keeping Netflix's original content booming.

Netflix has been offering up compelling original programming for several years, but in recent years, the volume has boomed. This newly invigorated push for many more original shows is likely due to the fact that Disney plans to pull all of its content from Netflix by 2019, including Marvel and Star Wars productions, according to The Verge Therefore, the company seems to be trying to get ahead of that major loss of content by beefing up with not only big, blockbuster projects, but also more niche interests like anime.

Chief Content Officer Ted Sarandos said that a large amount of the reported $8 billion Netflix is dedicating to new projects in 2018 will go toward toward producing 30 new anime series and 80 new original films, all slated for release in 2018, according to the same Verge piece. In addition to the Kill Bill alum behind B: The Beginning, other big names have also already become involved with Netflix's anime. Jaden Smith and Vampire Weekend's Ezra Koenig were behind the platform's first original anime series, Neo Yokio.

Netflix's Director of Anime, Taito Okiura, told the Japan Times earlier this week that anime is "graduating from niche market to major player," and seemed hopeful about the possibility that Netflix's anime production could push other companies to produce similar competing programs. He also said that Netflix allows anime creators to test the boundaries of what they can do with their art in a way that they likely couldn't do if it was airing on other networks. "Yuasa [Masaaki, director of the anime Devilman Crybaby] is able to push the envelope of expression with Netflix in a way that would never be seen on broadcast TV," Okiura told the outlet. Not just with sex and violence, but also with the flexibility of programming length and structure.”

It seems like regardless of if B: The Beginning and the other anime content soon to join its ranks on Netflix are renewed for additional seasons, anime's heightened popularity and mainstream value is apparent. What used to be an extremely niche genre most frequently viewed by American audiences as children's shows or late-night programming could very well turn into something that helps Netflix continue to push boundaries, even when the support of Disney comes to an end next year.

More like this
'Who Killed Sara?' Won’t Return For Season 4
By Brad Witter
'Bridgerton' Star Nicola Coughlan Confirms Season 3 Will Focus On Colin & Penelope
By Grace Wehniainen and Alyssa Lapid
'Selling Sunset’s Amanza Has Been In A Secret Relationship For Two Years
By Rachel Mantock
'Bridgerton' Season 4 Will Likely Focus On This Brother's Divided Heart
By Grace Wehniainen and Alyssa Lapid
Get Even More From Bustle — Sign Up For The Newsletter