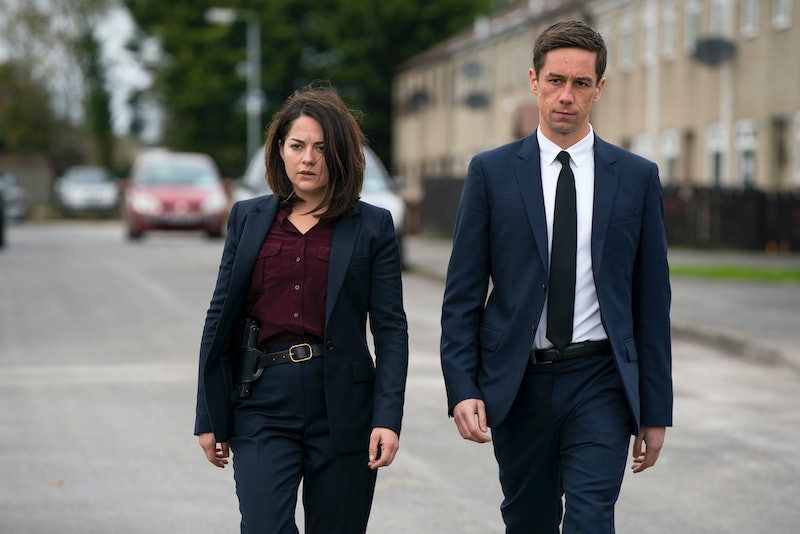 BBC's psychological thriller Dublin Murders has been captivating viewers for the past few weeks, but tonight (Nov. 5) the eight-episode series will come to a close. Based on author Tana French's Dublin Murder Squad series, there are still four books for the show to cover. So will Dublin Murders return for series 2?

The psychological thriller combines the first two books from French's series, which contains a further four books that continue through the perspectives of different investigators. As BT TV notes, if a second series gets the go-ahead, it's expected "to follow the style of the books with new lead characters taking over". As Dublin Murders combines In The Woods and The Likeness, this would lead to Detective Frank Mackey (played by Tom Vaughan-Lawlor) taking the reigns as he does in French's third novel Faithful Place.

Kate Harwood, executive producer of the series, also spoke about Frank's importance to the story in an interview with Hello! Magazine. "Every book is narrated by a detective with a very intense connection to the crime," she explained. "There is also a secondary detective in each novel that goes on to lead in the subsequent book. It's as if a baton is passed from book to book." Harwood continued:

"The lead character Frank from the third book Faithful Place appears in The Likeness as Cassie's mentor and nemesis so, he is very strongly present in the latter half of the series too."

But as the BBC has yet to announce a renewal of Dublin Murders, it's return is a bit up in the air at the moment. A rep for the show tells Bustle that there's "[n]o news to report on a second series yet".

Although, the Dublin Murders cast seem very eager about continuing the series. Killian Scott (Rob Reilly) recently told Metro that he'd totally be up for reprising his role. "I'd come back! When you're a working actor you see a lot of scripts all the time, but to get to do something that's really well written it's a rare privilege," he said. "Rob and Cassie are ridiculously well written roles. They're such rich characters."

The finale of Dublin Murders airs Tuesday (Nov. 5) on BBC One at 9 p.m.

More like this
Alan Carr's 'Changing Ends' Is A Witty Sitcom Based On His Own Life
By Darshita Goyal
Everything To Know About The 'Daisy Jones & The Six' TV Series
By Maxine Harrison and Brad Witter
'The Last Of Us' Has Officially Been Renewed For Season 2
By Darshita Goyal
'Boiling Point's TV Sequel Is Set To Deliver A “Rollercoaster Of Emotions”
By Catharina Cheung and Sophie McEvoy
Get The Very Best Of Bustle/UK
Sign up for Bustle UK's twice-weekly newsletter, featuring the latest must-watch TV, moving personal stories, and expert advice on the hottest viral buys.